A girl has just woken up. From outside come some sunbeams that fade into faint orange colors. It is the effect of the light passing through the tent. The girl opens the zipper of the tent and the light welcomes her. The sun is not burning yet, it cannot be felt. It is still very early. A herd of mountain goats jumps from one rock to another right in front of her. The sun has just risen and the warm colors of the sky give the surrounding mountains a spectacular look. Suddenly, in the scene, there is the sound of a broken record or glass shattering. The young woman wakes up. It was all a dream.

Camping in Spain in conditions like these is, actually, almost a mirage. The image you may have of it in your head is idyllic, spectacular… But to get there you have to be clear about one thing: it is an activity that will require research time. It will not be like going for a walk and pitching your tent in the first place that comes along. Free camping is possible, yes, but with many intricate conditions. This post will answer some questions and guide the hiker in planning a fine-free getaway. 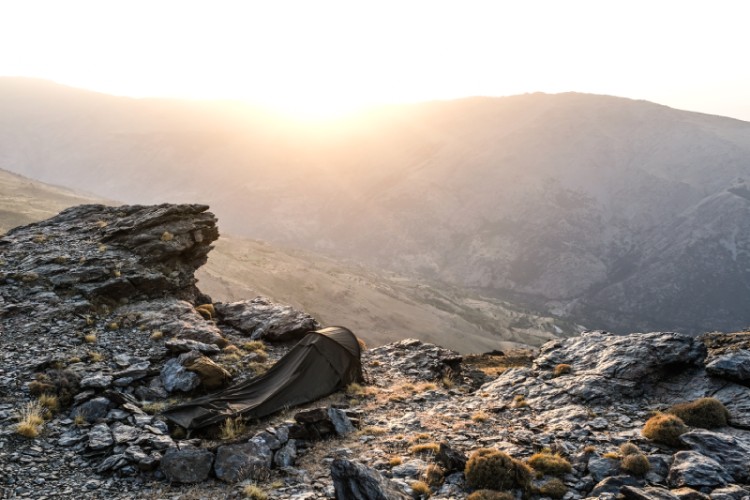 A person bivouacking in the Sierra Nevada | Shutterstock

To begin with, before organizing an activity of this size, the hiker should understand some things. For example, to know the difference between camping, overnight and bivouac. First of all, camping is an activity in which one or more people set up a tent or a structure for a few days. Bivouacking consists of spending the night in the open, under a starry roof. Finally, to stay overnight refers to spending a night away from home. It could be under a tent or bivouacking. The difference with camping is that it would not be several days, but only one night, picking up at dawn.

Once these concepts are clear, we must move on to the regulations. Here is where the problem lies, the mess… The thing is that there is not a single rule that regulates the issue, but hundreds. The reason is that in 2010 all state regulations on the matter were abolished, because since the 1978 Constitution many competences were transferred to the autonomies. Among them, those related to tourism. At the same time, camping and overnight regulations have become part of the jurisdiction of the towns. So there are literally hundreds of regulations on the subject. 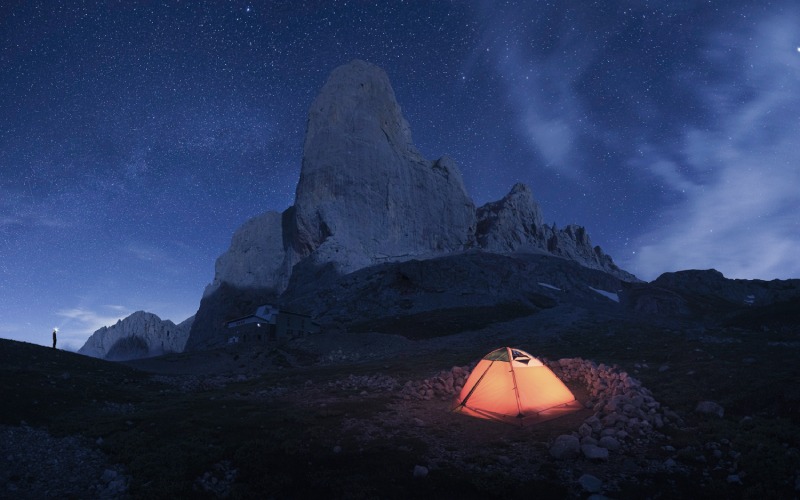 A tent in Picos de Europa under the starry sky | Shutterstock

For all these reasons, when going camping you have to, first of all, choose the province and then the area you want to go to in order to identify the municipality. Once you have located the site in question, the best thing to do is to call the local town hall or the municipal police to ask about the current regulations, as these change frequently. With all the information on the table, yes, you could proceed with the adventure.

As a general rule…

In any case, as a general rule, camping, having by definition what is described above, is forbidden in Spain. Instead, there are spaces set aside by the relevant authorities for camping free of charge or for a merely symbolic price. There are also some places where camping is allowed, with prior authorization. As it has been said: the safest thing to do is to call. 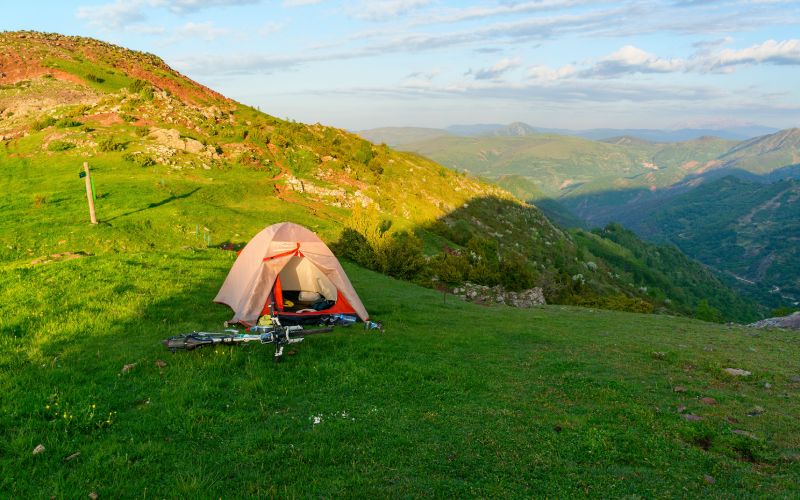 A tent in the heights of the Pyrenees | Shutterstock

Overnight stays and bivouacs usually have a greater tolerance, although they are also subject to a lot of rules. In many cases to spend the night out you have to sleep above a certain altitude, which depends on each municipality. Another of the laws that are usually applied is that the overnight stay must be at a certain distance from an urban center and tourist campsites, between the time between sunset and sunrise. Of course, you cannot be near rivers or lakes and camping on the beach forbidden.

In conclusion, if you plan and ask, you can find places where you can recreate scenes similar to the one described at the beginning of the post and make your dream come true, but you will have to work hard.

camping, mountain villages, Pyrenees
It may interest you...