It seems that autumn is only associated with fallen leaves, rain, chestnuts and pagan festivals like Halloween. However, this magical season of change also holds other unique events that are repeated every year. At least that is the case of the Draconids, a shower of stars, or rather meteors, that falls in early October. It almost seems a kind of welcome to these months that precede the cold and darkness.

Fragments of a comet to see at sunset 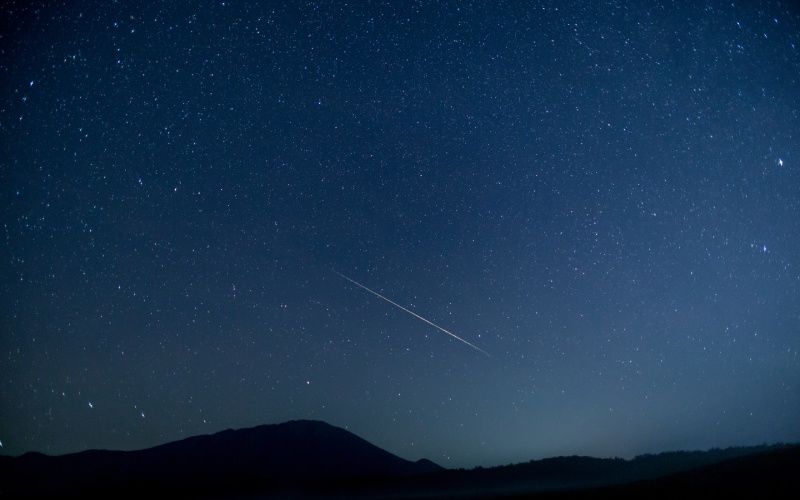 A shooting star flies over the night sky. | Shutterstock

The draconids, also known as the giacobinids, are fragments from comet 21P/Giacobini-Zinner. This star takes an average of 6.621 years to circle the Sun. As it approaches the Earth, the Giacobini becomes observable, although only with the help of some kind of telescope. Fortunately, what is observable every year is the passage of comet fragments through the Earth’s atmosphere. It is at that moment when the meteoroids burn up and create a luminous glow. This flash is known as a shooting star, although its more correct name is meteor.

The draconids can be seen every year in the first weeks of October anywhere in the northern hemisphere and equatorial zone. Thus, the nights from the 8th to the 10th are the nights when the most intense showers usually occur. On the other hand, the best times to see them are at sunset. This year, 2021, the best time to observe them is expected to be October 8 at 7 pm, although the phenomenon can also be observed on the 6th, 7th, 9th and 10th.

The Draconids, tears of the constellation Draco 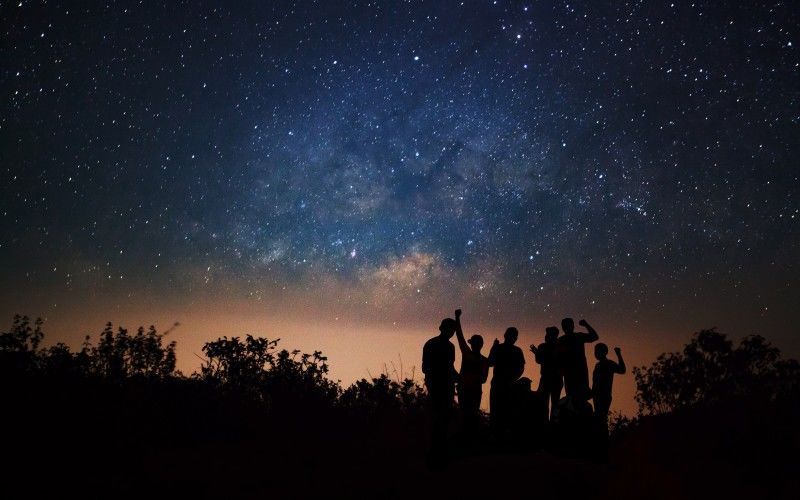 Several people under the stars | Shutterstock

A special feature of this meteorological phenomenon compared to other similar phenomena lies in the speed at which the meteors descend. They do so at 20 kilometers per second, while in other meteor showers the meteors fall at 70 kilometers per second. The difference is quite remarkable, which is reflected in the observation times. While a shooting star is barely visible for a fraction of a second, a draconid is probably more so.

The downside? Well, they tend to fall very few. About 20 per hour. However, the draconid showers occasionally provide pleasant surprises. Thus, it is worth mentioning the storms that occurred in 1933, when about 10,000 meteors per hour were counted. Better was that of 1946, when the average reached 12,000. Ten years ago, in 2011, there was also a substorm that, although it did not produce results similar to those of the other dates described, it did produce a much higher number than normal. That year 700 meteors fell per hour, a shower of stars seven times more intense than the Perseid meteor shower of the same period.

We will have to wait for the next few days to see what this year’s shower will bring. What is certain is that the Giacobini fragments will be born, as they do every year, from the constellation Draco, the reason for the name Draconids. Slow tears of a nocturnal dragon that will be even more visible in the distances of light pollution. A spectacle worth seeing. Like an old greeting to a new season.

autumn, nature, stars
It may interest you...