There are populations that have been swept away by time and oblivion, cities of which nothing remains but ruins. However, others have not been so lucky. They simply disappeared in a fog from which they have not returned. Some tied to ancient myths and civilizations, others to historical documents, their locations are still a mystery. Here are some of Spain’s most famous lost cities, places that are known to have existed but remain underground.

This unknown and mysterious place has been associated with the capital of La Alcarria, Guadalajara. It has even generated the refined demonym of the town and the province, “arriacense”. However, there is no news of its ruins. Thus, it differs from the recently found Caraca, Roman, or the more famous Recópolis, Visigothic.

The place name indicates a Carpetan origin, Celtic or pre-Roman Celtiberian people. It has also been associated with the Basque language. These theories indicate that it would mean “river of stones” and the Arabs would have chosen to translate it. In any case, this lost Spanish city is mentioned in several Roman documents, such as Antoninus’ itinerary. It is placed on a road that linked Zaragoza and Merida. All this allows us to confirm its existence.

Between the 12th and 5th centuries BC, the Tartessian civilisation developed at the mouth of the Guadalquivir. Treasures such as the Carambolo or several sites in Cadiz and Huelva ensure its existence, there is no central town. There has been a desire to find it in the capitals of Cádiz and Huelva with poor results. Because of this, myths have arisen around it. For example, there are those who have thought of Atlantis in the city of Tartessos.

As far as history is concerned, it is not clear whether the Tartessian culture was the result of the evolution of the locals or the influence of the Phoenicians. Be that as it may, oriental features can be easily traced in its remains. They are known to have been great miners and metal workers. Thanks to this, they traded with the colonisers with great success. Their king Argantonio is the most prominent figure, the last, though most likely a dynastic saga. Current research has pointed to Doñana in the investigations, although geological activity would have left the remains several meters underground.

This elusive settlement of the Carpetans was located in La Mancha. Although it emerged between 600 and 300 years before Christ, it is considered to have managed to live through the Visigothic invasions. An important Roman enclave in the province associated with present-day Cartagena, it disappeared in history so as not to return quickly. Again it is the Itinerary of Antoninus, a guide to the main Roman roads written in the third century of this era, the reference document to try to locate Laminio on the map. Texts of Pliny the Elder help at the same time. 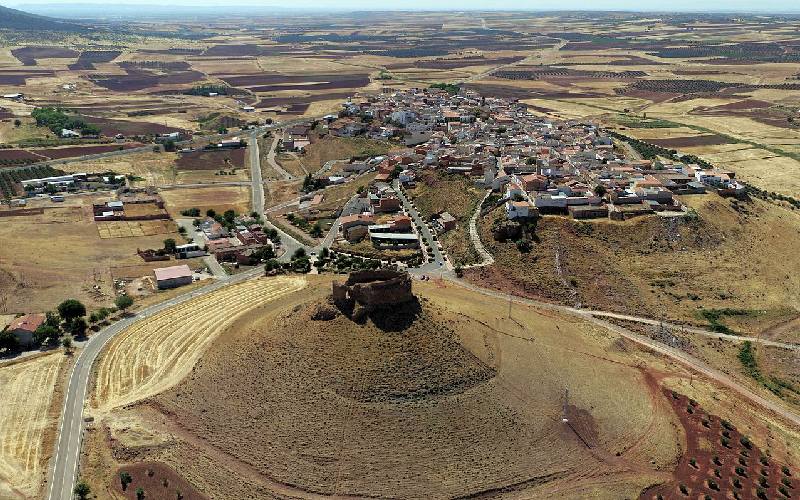 One of the alternatives, the one that has more followers, is that it is located in Alhambra, Ciudad Real. Stelae and Roman remains would point to this municipality. However, the figures do not add up in their relation of distances with the birth of Guadiana River. Such a milestone is not too reliable, since it is very interpretable. Thus, both the Ojos del Guadiana and the Tablas de Daimiel or Lagunas de Ruidera are viable candidates. Libidosa/Lezuza was a Roman place that also appears in the Antonian road signs and suffered floods and earthquakes. Therefore, we should look for it in the surroundings of Córcoles and Villarrobledo.

The Iberian Oretans are the most likely founders of Urkesa or Urcesa. They even minted coins but the lack of more remains has meant that their dates of foundation and disappearance are not known. During the Middle Ages references to the town were preserved, with the toponym of Alcaraz. However, these sources did not leave many clues as to its exact location. 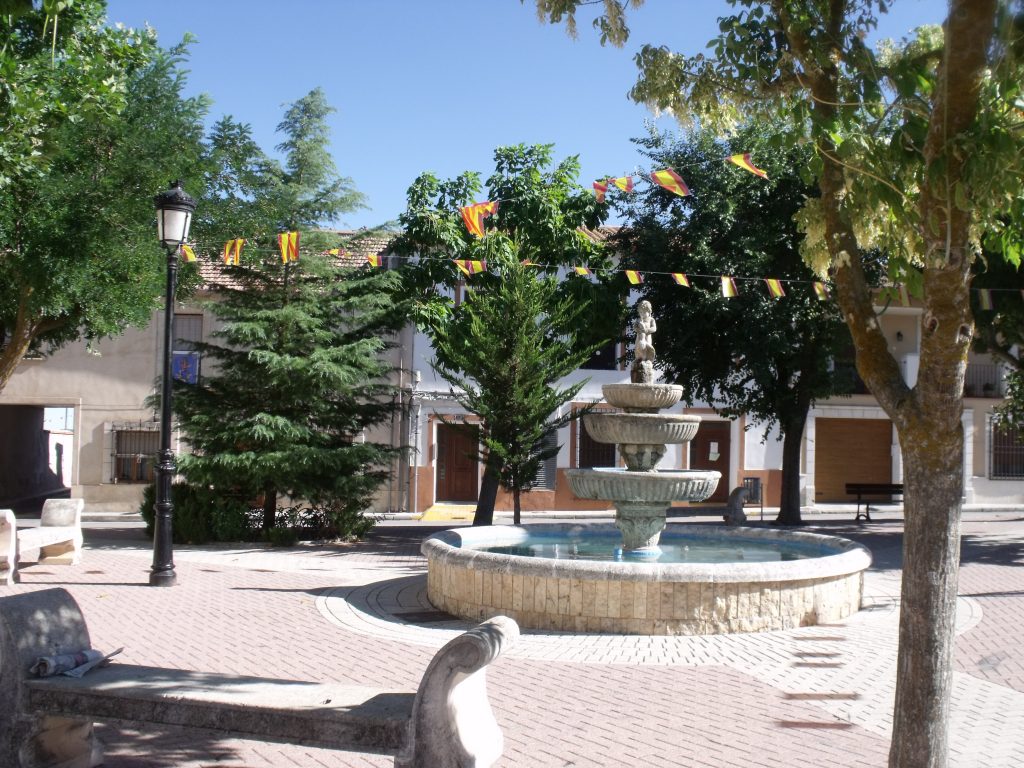 Thanks to Ptolemy, several possibilities have been limited in this respect, the main candidate being Vara de Rey, Cuenca. In Albacete, the options are once again ascribed to the surroundings of Villarrobledo. The borders of the Celtiberian territories help to generate these approaches. Moreover, future excavations in the municipality of Cuenca could put an end to a millenary search.

For centuries it was thought that Villalpando was where the lost city of Intercatia was located. Notes from great classical geographers like Strabo asserted this. Unfortunately, it seems that they were wrong despite the precision they brought. Specifically, the mistake would be 50 miles. To the west, in the Palencia town of Paredes de Nava, excavations still in progress clearly indicate that the city was once there.

The location of Intercatia was believed to be in Villalpando.

Mentioned by Pliny as one of the capitals of the Vacceans, it became famous for its fierce resistance to Roman colonization. Obviously, they ended up losing. Their surrender came after Scipio Emiliano’s arrival to Hispania. Before that, he had achieved a pact of independence from the treacherous consul Lucius Licinius Lucullus. The military man had reactivated the war in the Iberian Peninsula and massacred the neighboring Cauca after deceiving them with a false deal. His relief managed to take Numancia and after that Intercatia became part of the republic. Later it was part of a road that linked Zaragoza and Astorga.

The Visigoths had a very agitated domination of Roman Hispania. After a journey that started in the 5th century, they managed to settle down and start the construction of new cities. Recópolis, a remarkable ruined town in Guadalajara, Olite or Vitoria are three well-known examples, the only ones next to Baiyara or Bayyara, in Córdoba.

A slightly accurate Arab report, the result of the work of the compiler al-Himyari in the 14th century in Beirut, states that it was founded by Recaredo. Tracing the sources of the Muslim scholar seems to lead to Saint Isidore and geographers of Al-Andalus. Montoro is the current location with which Baiyara is related. Thus, it would have been a reconstruction of the Roman predecessor of Montoro. However, due to its position with respect to the Guadalquivir and subsequent mentions, it seems more likely that it is not under the local medieval castle, but in the vicinity. Thus, the fortress would have taken advantage of the stones of this lost Spanish city.

Between the capital of the Costa del Sol and Almuñécar, already in Granada, a Greek colony is believed to have prospered. The Greek merchants and settlers who created it would have arrived during the 7th century BC. It should be noted that in this area of the Spanish coast, unlike the east, the Greek foundations have left few remains. By the time of Strabo, during the change of era, it had already disappeared. In fact, its mere existence was debated.

Malaga was confused with Mainake.

The Greek historian argued that it did have an entity of its own. He also pointed out that it was located between Málaka, today Málaga, and Sexi, today Almuñécar. Others, on the other hand, maintained that the same name was a deformation of that of the current capital of Málaga and they equated both. Strabo contradicted the thesis by pointing out that the ruins of Mainake were clearly Greek. Despite the fact that the Phoenician domination, whose new cities were very common in the surroundings of the strait, where the oldest towns in Spain are located, the strength of the Hellenic trade at the time when they coincided made it logical that they decided to inaugurate a permanent port.

At the end of the first century B.C. the Cantabrians and Asturians were subjected to the power of Rome in the Cantabrian Wars. The first were the inhabitants of Bergida, the last of these lost cities in Spain. The war context is very important as it is the most important reference to the town. First quote is from the time of Hadrian, at the beginning of the 2nd century and from the historian L.A. Floro, where he tells that the enemies of the Romans fought fiercely “under the walls” of the town. More than 200 years later, P. Osorio recounts the battle, calling the castro “Attica“.

The lack of consistency in the sources is believed to be due to accumulated translation mistakes. In fact, it has come to be seen that Bergida and Vellika, another Cantabrian castro that was the protagonist of a bloody battle, are the same thing. However, the main theory is that they are two different but equally lost enclaves. It has been proposed that the first is near Riaño, in two Palencia castros or even in El Bierzo. This means that for some authors it would be Asturian. For the second, the great candidate is the castro of Monte Cildá, in Palencia. The abundance of lost Cantabrian cities is remarkable, since Aracillum can be added to the list, which does seem to be in current Cantabria.

archaeological sites, Roman sites
It may interest you...