Málaga is well-known by its tourist attractions in Spain thanks to its beaches, gastronomy and good weather. However, we would like to focus on something more cultural today (Málaga for art lovers). Costa del Sol’s capital has more than 35 museums; a fact that is less known that is pescaito frito (fried little fish).

For starts, Málaga was the birthplace of Pablo Picasso, considered one of the best artists of the 20th century. In spite of the fact that he spent most of his life in Barcelona and Paris, Picasso never forgot his origins and he always longed for a museum devoted to his figure in Málaga. In 2003, his dream came true, namely, Museum of Picasso in Málaga: a space installed in Buenavista Palace, where more than 200 works are displayed –most of them donated by Christine and Bernard Picasso, the artist’s daughter in law and grandson, in order to fulfill Picasso’s dream and fascinate us all. 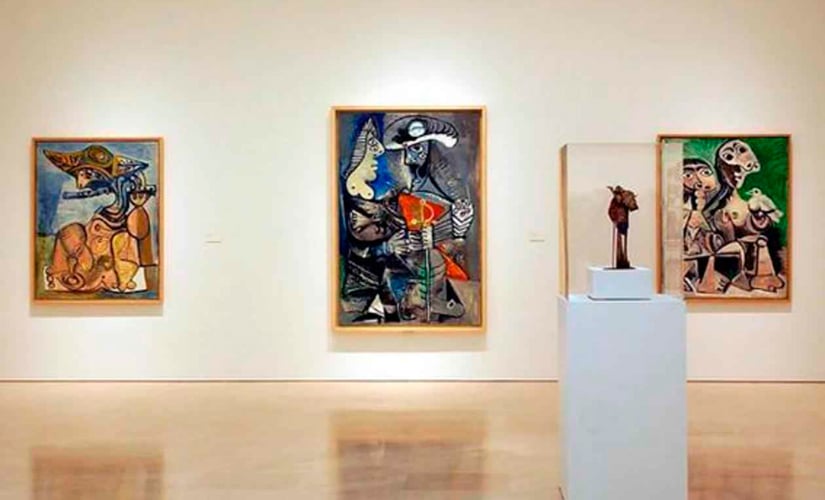 This city was also the scene chosen by Baroness Thyssen to build the Carmen Thyssen Museum.  Villalón Palace, from the 16th century, is the wonderful building where the museum is located. This museum shows the most complete 19th century Andalusian painting collection in Spain: Zuloaga, Sorolla, Casas, Iturrino, and Julio Romero de Torres.

However, there is also room for the most contemporary art in Málaga. The Pompidou Center, the first center that the Parisian institution builds outside France: one can see here art belonging to the 20th and the 21st centuries; apart from a complete program of temporary exhibitions and activities designed for young people (also dance and cinema are present). Current art offer is completed by the Contemporary Art Center (CAC): a dynamic and innovative place that aims to be a center open to reflection and artistic proposals, in which one can also enjoy an artistic tour through its works since the 50s to nowadays.

Finally, is there anything better than returning to the origins after exploring current art? Cathedral of La Encarnación (unfinished yet) and the Muslim Alcazaba are a must. The latter contains the Nasrid Palace from the 11th century that sometimes works as an Archeological Museum, bringing focus to ceramics of Málaga: first art form in this city that seemed to foretell the future importance of this cultural center nowadays. What are you waiting for to come to discover this city?

The 13 longest beaches in Spain, miles of paradise
Spain has about 7,500 km of coastline and more than 3,000 beaches. Some are located Más información

11 Coastal Towns in Spain to Discover this Summer
[vc_row][vc_column][vc_column_text]There are many coastal towns to discover this summer in Spain and be fascinated. Nothing Más información