In spring, when the fabaceae bloom, there are no words to describe this landscape. A rather strange name for these companions that escort us throughout our geography. In spite of the particularities that distinguish them, these plants agree in something essential, the yellow colour of their flowers that bathe the rough and rugged fields throughout the territory.

There are many species known to all that have their roots in rocky landscapes, such as gorges and brooms. Others are not so well known, such as the Adenocarpus  or the Piorno, which are still unknown to the general public. A natural heritage that is worth getting to know due to the explosion and extension, on many occasions, of its blooms. 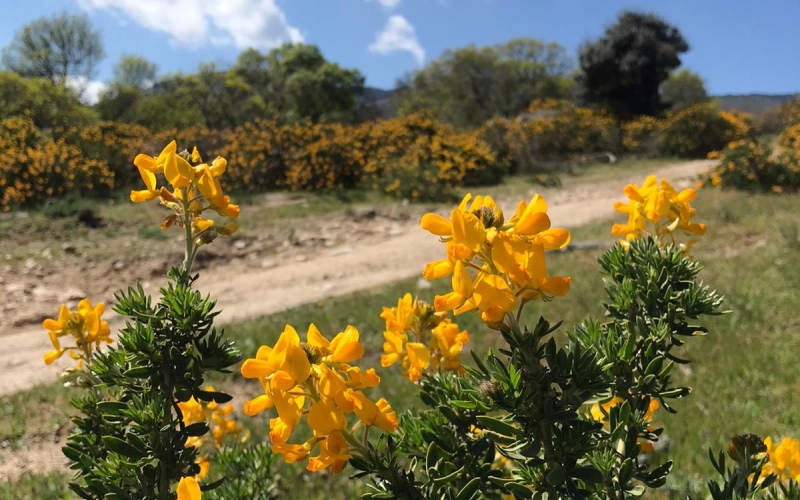 Cambroñales in the area around Los Molinos

The Codello blossoming on the Canary Island peaks

Dreamlike landscapes and butterfly-shaped flowers. A mixture in which the laburnum is the protagonist. These shrubby plants are found on the peaks of the lucky islands, on La Palma and Tenerife as well as on La Gomera. A plant that loves the subalpine climate, it can be seen on some of the most famous and well-known routes on these islands. The golden fringe surrounding the Roque de los Muchachos and guarding the observatory is one of the most spectacular. 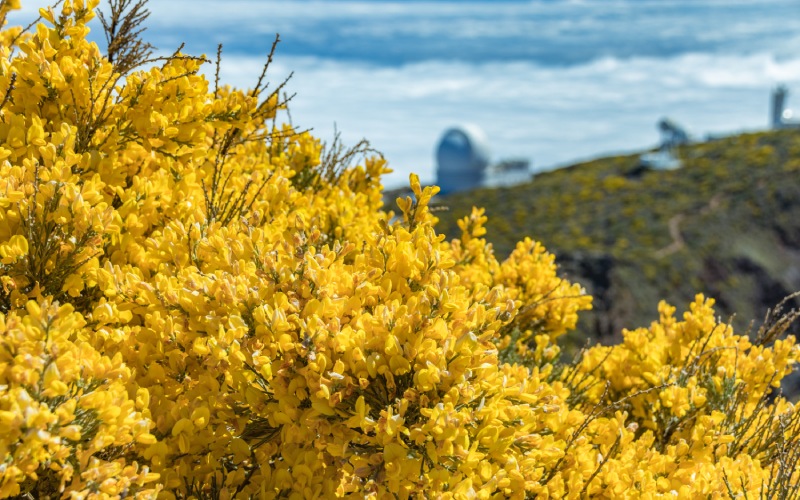 The Piorno and the Adenocarpus flowers, emblems of the central system

If the islands are fortunate in that they have the laburnum as a protagonist, the central system has its own wonders. From the Sierra de Gredos to the Sierra de Guadarrama, the piornos and the Adenocarpus follow one after the other in order to leave anyone who dives into these mountains speechless. Plants twinned in territory and in similarities, although they are their differences.

The broom, very present in Gredos, with its open and elegant flowers, proliferates unashamedly on the northern slopes of the mountains of the province. A place where this plant covers more than 520 km2 and decorates some of the most charming villages in the region, such as Navarredonda de Gredos and Hoyos del Espino. 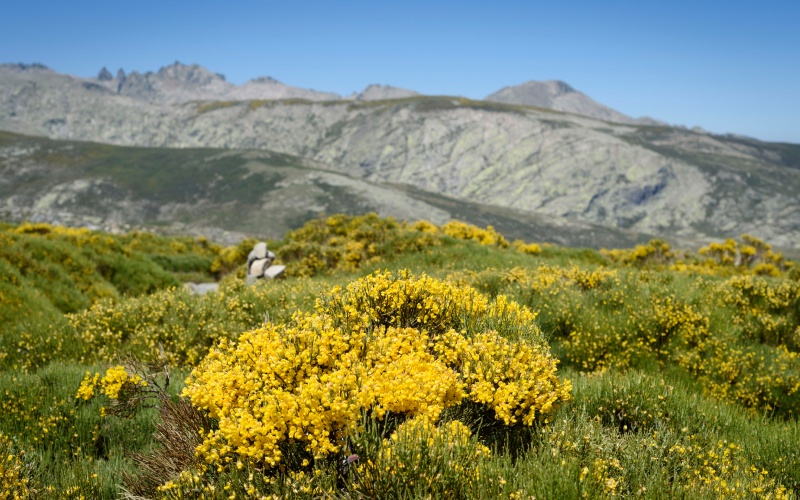 Flowering broom in the foothills of the Sierra de Gredos. | Shutterstock

The Adenocarpus, on the other hand, surprises with its somewhat more shy but unprejudiced flowers. A shrub that creates a real golden carpet on the slopes of La Peñota, the mountain below which the town of Los Molinos prides itself on being the capital of this very particular flower. A place to enjoy endless walks overflowing with nature only 50 km from Madrid. 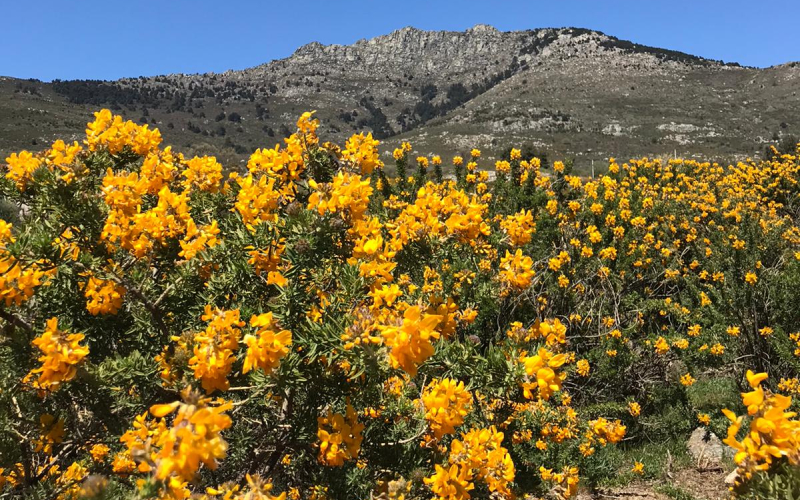 La Peñota in Los Molinos, adorned by the beauty of the flowering Adenocarpus tree.

The most frequent throughout our territory, perhaps the most present in all regions influenced by the Mediterranean climate. Known by many names, broom or genista, as Serrat reflects in ‘Mediterráneo’, is a group of very similar plants. Plants full of humble and beauty offering their best in some of the harshest and most arid terrains. Beauty above all. 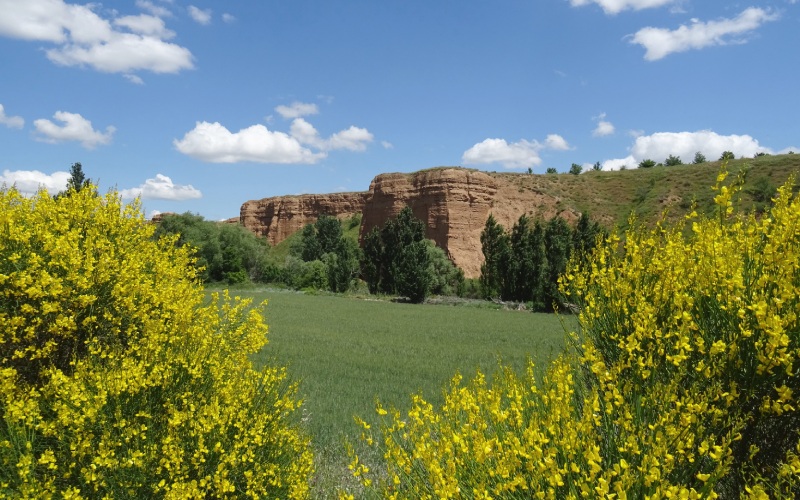 Flowering brooms in the meadow of the river Henares as it passes through Guadalajara. | Shutterstock

Community of Madrid, flowers, guadalajara, La Palma, nature
It may interest you...