Fans of the terrific! If you still do not have a plan and the situation allows it, we recommend a series of places where you can celebrate Halloween in Spain and experience a real night of fear. Take your flashlight, do not forget your costume and wear comfortable shoes in case you have to run away… 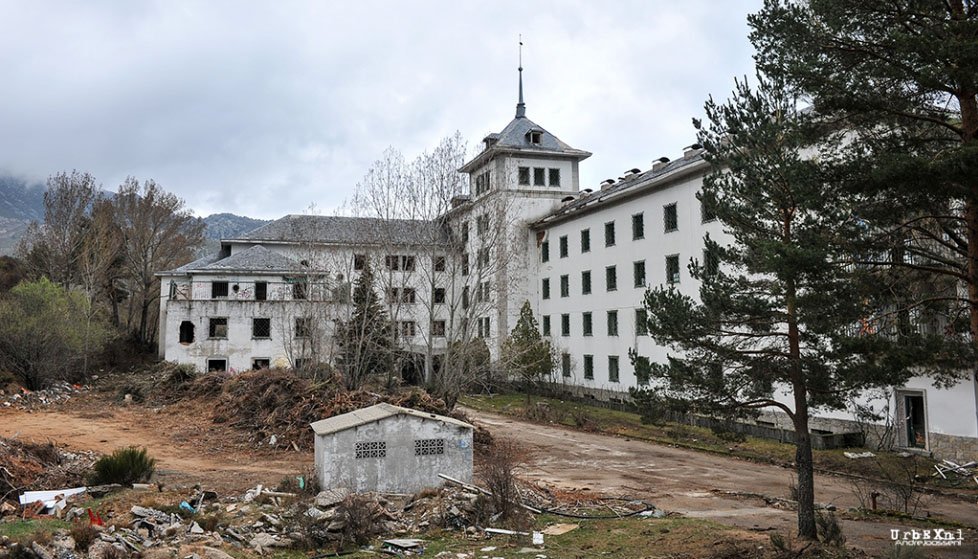 Is there a place to celebrate Halloween that is scarier than an abandoned sanatorium? This building located in the Sierra de Navacerrada, Madrid, was originally a hospital for tuberculosis patients and later a psychiatric hospital. Today it is in an advanced state of deterioration. As you might expect, people have died within its walls and some of them have been tormented with mental problems, so it is said that there are still many souls in pain in its corridors. Do you want to go on a night expedition? 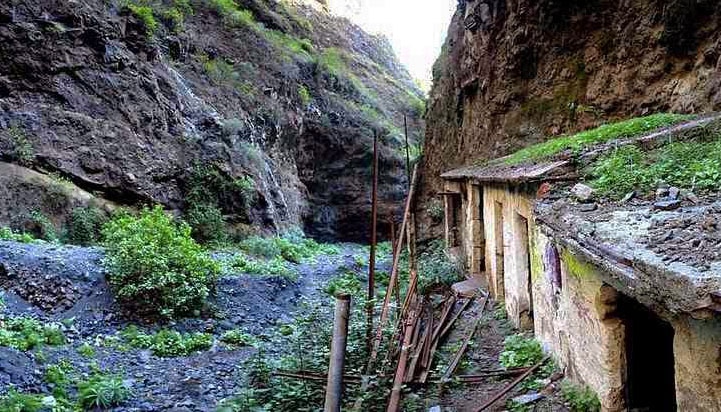 It is one of our favourite places to celebrate Halloween in Spain. Many are the legends surrounding this place: sightings of UFOs, strange beings… It is even said that it is a door to another dimension. It was through this door that “the girl with the pears” entered in 1890, disappeared for decades after going to the ravine to pick fruit. Suddenly one day she returned home and still looked like a child; for her it had only been a few hours. The girl told that some beings of light had led her into a cave. If you dare, they organize hiking trails on Halloween. 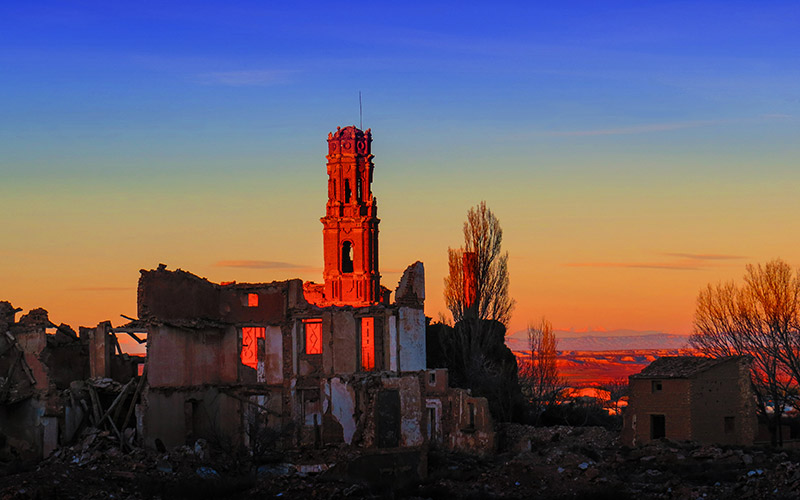 Is there a better place to celebrate Halloween in Spain than in an abandoned village? Belchite was one of the most famous sites during the Civil War, where the Battle of Belchite took place and was completely devastated. There are still many who claim to hear voices, moans and the sound of non-existent bells. Overall, more than 6000 people died here.

If you dare, book a night visit through the Belchite Tourist Office. 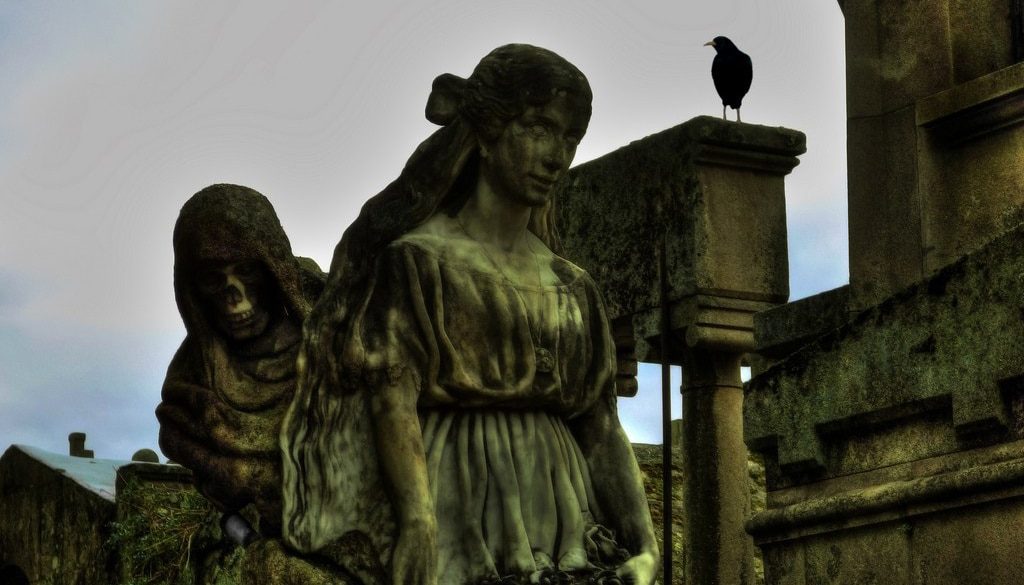 Galicians have their own night of the dead based on Celtic culture: Festa do Samain. Legend has it that the spirits were able to camp at will during the night of the 31st of October. Nowadays it is celebrated with a terrifying parade through the old town and with the burning of “the great pumpkin” on the banks of the estuary. However, it is recommended to go disguised as a white ghost to continue the tradition. 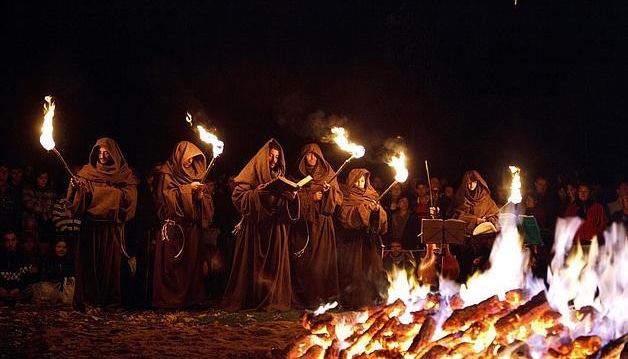 Soria celebrates the night of the dead by the hand of the great Gustavo Adolfo Bécquer and his legend “The Mountain of Souls”, considered the best horror story in Spanish literature. A parade runs through Soria with giant puppets, skeletons and Templar monks to the foot of the famous mountain. Here, by the light of a large bonfire and the torches used along the way, the reading of the legend takes place. A different way to celebrate Halloween in Spain! 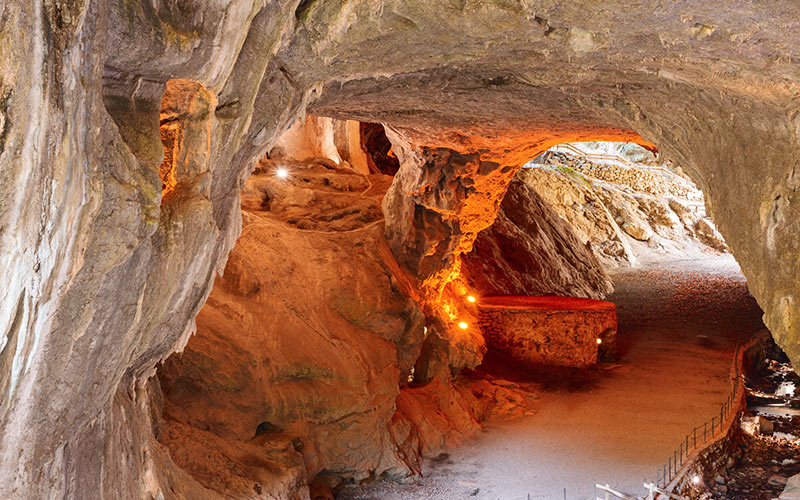 Caves of Zugarramurdi where the covens used to meet

If you want to spend a scary Halloween in Spain, the caves of this Navarrese town are shrouded in mystery. Witches used to gather there during the Middle Ages. Witches’ Sabbaths and all kinds of pagan celebrations were held there; which made the Court of the Inquisition so angry that five of them were burnt to death. 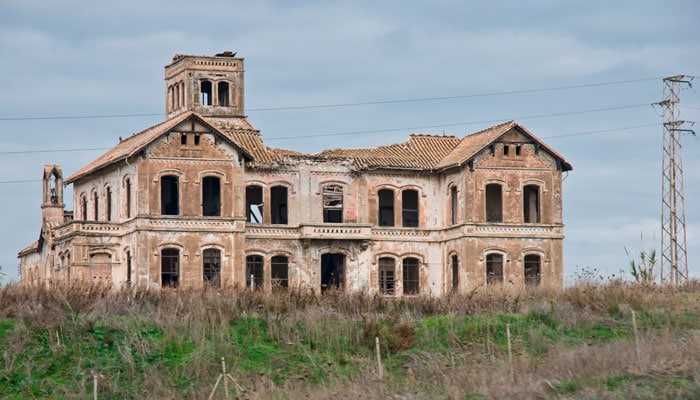 Finally, in our selection of places to celebrate Halloween in Spain is the Cortijo Jurado. This 19th century farmhouse, located in the Málaga village of Campanillas, hides one of the most terrifying legends. It is said that the former owners carried out satanic sexual acts, in fact, it was several girls who disappeared. The house has hidden basements with torture machinery; and several witnesses claim to have seen ghostly figures of girls wandering around the rooms. In fact, the house is a bit terrifying.