The diver and pioneer of diving in the country Eduard Admetlla told an anecdote 10 years ago in an interview on TV. More than 30 years ago, when diving was a totally unknown sport, a friend of his went out dressed as a diver on the Mallorcan coast. Some policemen stopped him. They thought he was a spy. Fortunately, nowadays, no one will be arrested for wearing such clothing, as scuba diving is now a widely practiced sport in Spain. Moreover, in order to enjoy some of the many marine species that live in these waters, it is not necessary to dive very deep. Scuba diving, snorkeling, apnea or a simple swim… Any of the options will serve to spot some of the more than 10,000 marine species in the country. 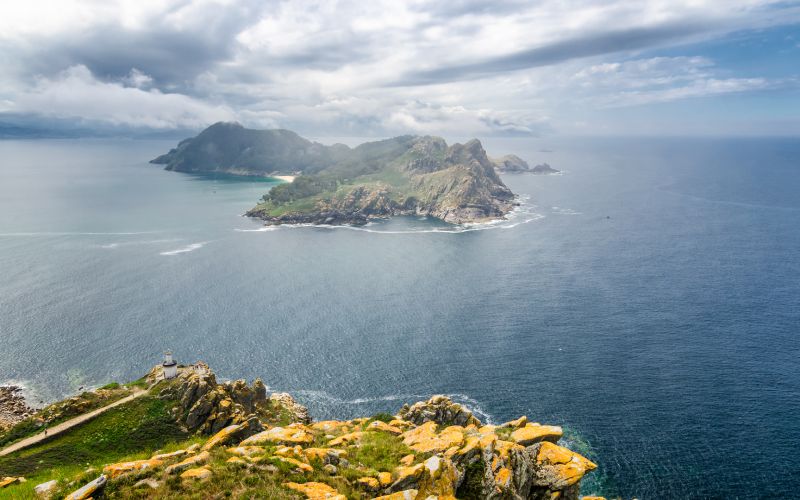 Part of the National Park of the Atlantic Islands in Galicia, the Cíes Islands stretch along nine beaches of fine white sand. In its crystalline waters it is possible to spot turtles, seals, dolphins and, sometimes, whales. On its surface also live a great variety of birds, which can be seen from the observatories that are scattered around the island. 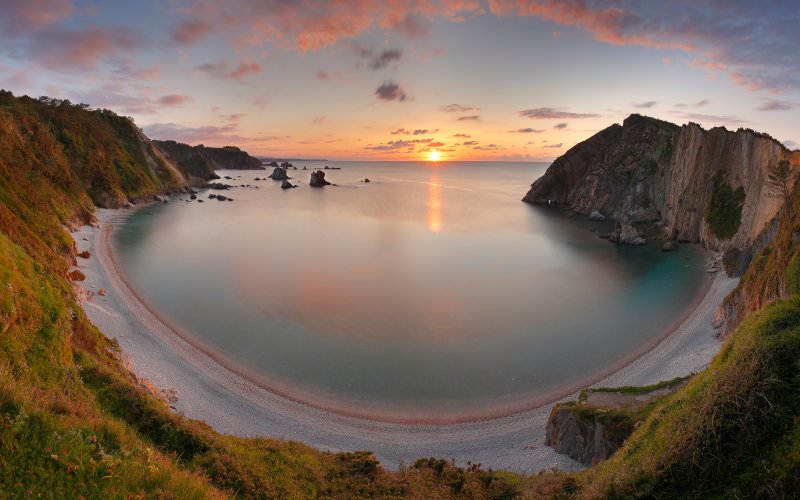 A half hour drive from the pretty Asturian town of Cudillero, very close to the small village of Castañeras, but isolated from the world, the Silencio beach beach opens its way. Between cliffs of more than 100 meters, its geographical location, along with other factors, turn the fierce Cantabrian Sea into a purring cat. Thus, the calm waters make this enclave a good place for diving or snorkeling, where you can dive to a depth of 18 meters. 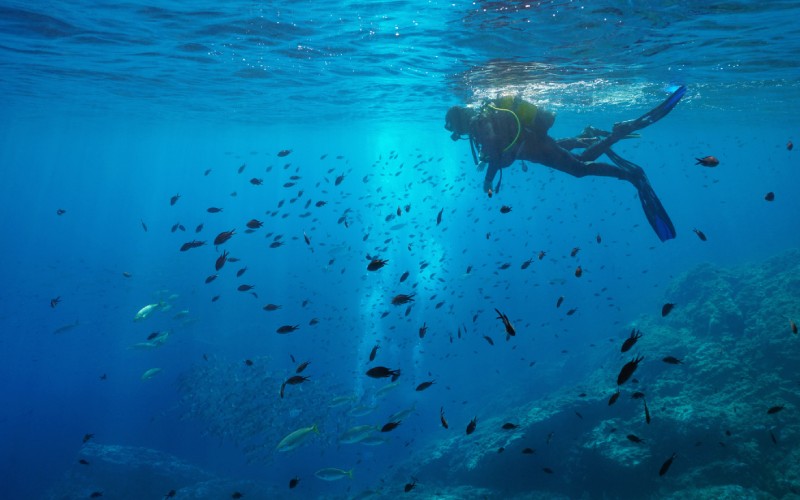 Diver in the waters of the Medes Islands. | Shutterstock

Further east, on the Costa Brava of Catalonia, less than a kilometer from the coast of L’Estartit, seven islets emerge from the Mediterranean. They are the Medes Islands, an archipelago that is part of the Montgrí Natural Park and was declared a Marine Reserve in 1990. Meadows of algae and phanerogam species, a type of plant, populate the seabed of the Medes. In its waters, where fishing has been banned since 1983, animals such as grouper, gilthead bream, sea bass and even bottlenose dolphins roam freely. 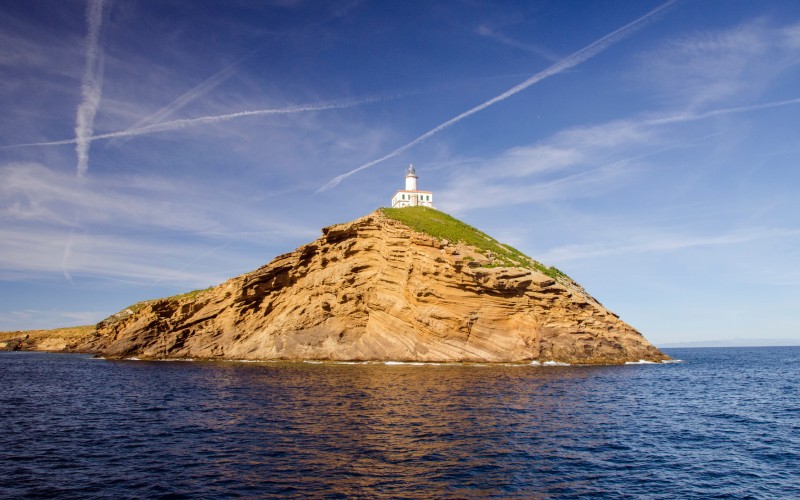 About two million years ago, changes in the earth’s crust along the Mediterranean coast gave rise to the Columbretes Islands. Located 48 kilometers from Castellón, this group of four volcanic island groups is classified as a Nature Reserve in its 19 hectares of land, while its 5,500 hectares of water are classified as a Nature Reserve. The reefs, banks and shallows that populate its depths are an important natural refuge for a large number of underwater species. The presence of red coral and seaweed is outstanding. 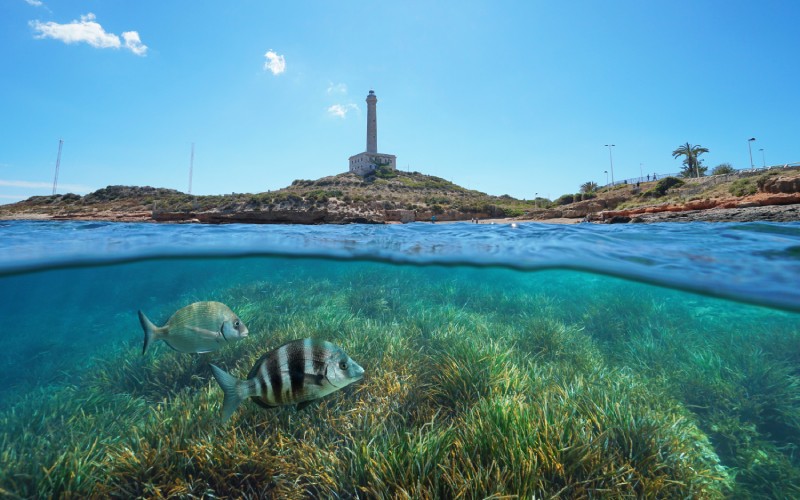 Two fish under the sea in Cabo de Palos. | Shutterstock

With an easier access compared to the islands mentioned above, Cabo de Palos, in Murcia, is a very good option for snorkeling or scuba diving. In 1995 the area between Cabo de Palos and Bajo de Fuera was also named a Marine Reserve. Its rocky bottoms form an underwater mountain range that sometimes rises to the surface and sometimes reaches up to 60 meters deep. These walls are home to an immensity of species that intermingle with the remains of shipwrecks that dwell in the depths. 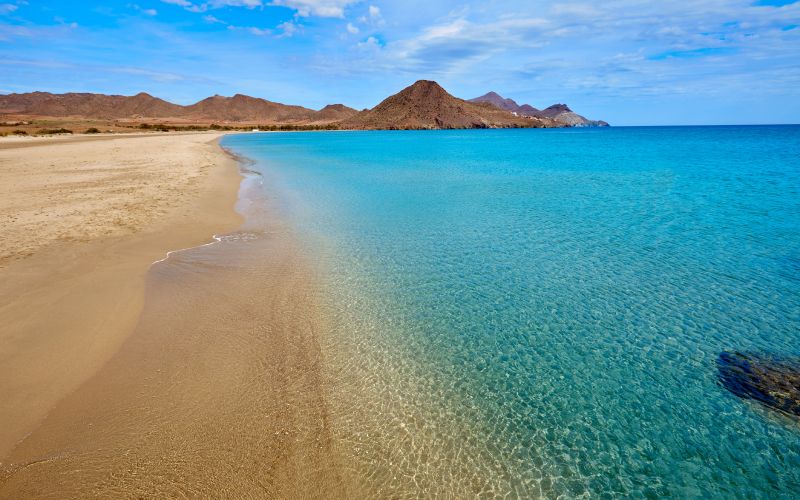 The Cabo de Gata-Níjar Natural Park, located in Almeria, is one of the driest ecosystems in Europe and was recognized by UNESCO as a Biosphere Reserve. On its seabed, the fragile oceanic poseidonia, very sensitive to environmental changes, extends in extensive underwater meadows. This plant is home to crabs, octopuses and fish such as nacre, bivalves… On its rocky bottoms, the poseidonia gives way to algae and the nacras are transformed into groupers. Its waters are clean and crystalline. 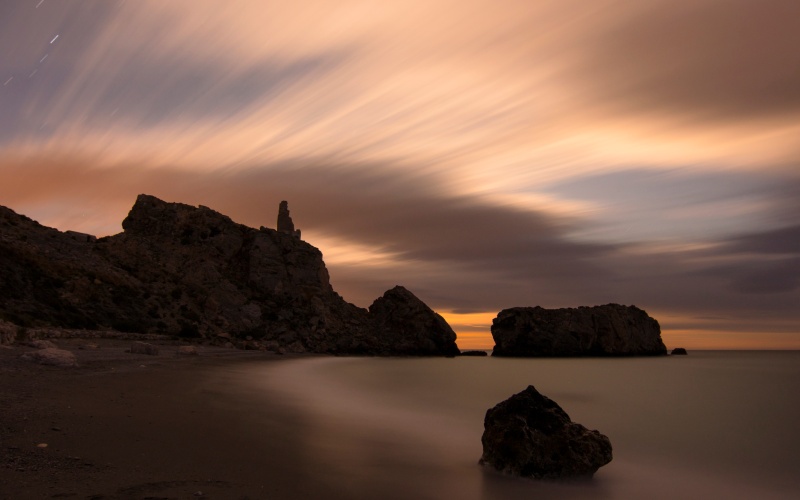 Sunset on the beach of Rijana, Granada | Shutterstock

With clear and warm waters, the Rijana beach is a good option to visit the marine fauna of Granada. Hidden from view, this little piece of land 250 meters long has an easier access than it may seem at first. Rijana is surrounded by escarpments that move down to the seabed, which can reach a depth of 15 meters. The colorful parablennius pilicornis swims in these waters, along with sunfish, dusky dusters or octopus and sea bass. Near the shore, bream and mullets are abundantly grouped, allowing even the laziest swimmers to see them. 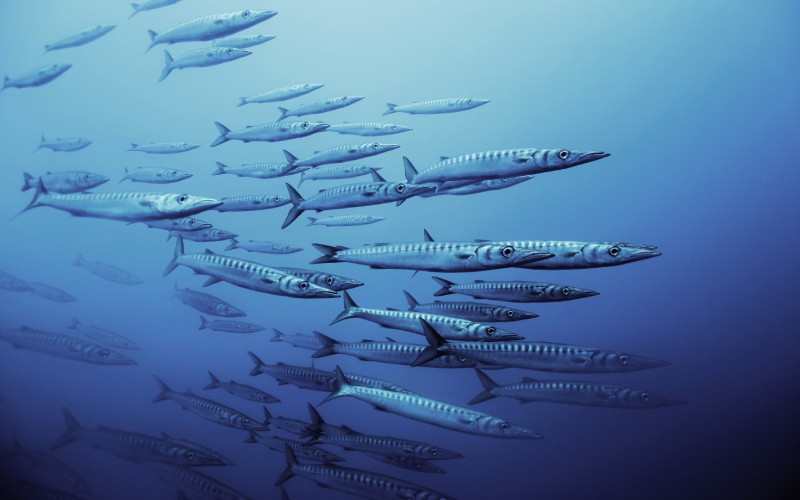 Various fish in the depths of Mallorca. | Shutterstock

Looking at the waters of the Balearic Islands is like looking through a window onto the bottom of the sea. But, in this case, the curious person has the chance to go through the window and merge with the landscape, just like another sea creature. About 80 places are snorkeling cannon fodder in the mythical islands of the Mediterranean. Caves, caverns, shipwrecks… To dive into their waters is to immerse yourself in adventure.

One of the coves where snorkeling can be practiced is Llamp cove, a rocky cove surrounded by cliffs, anteroom of the Tramontana mountain range. In these calm waters, after swimming about 50 meters, a tunnel of between 10 and 15 meters allows you to dive through it. 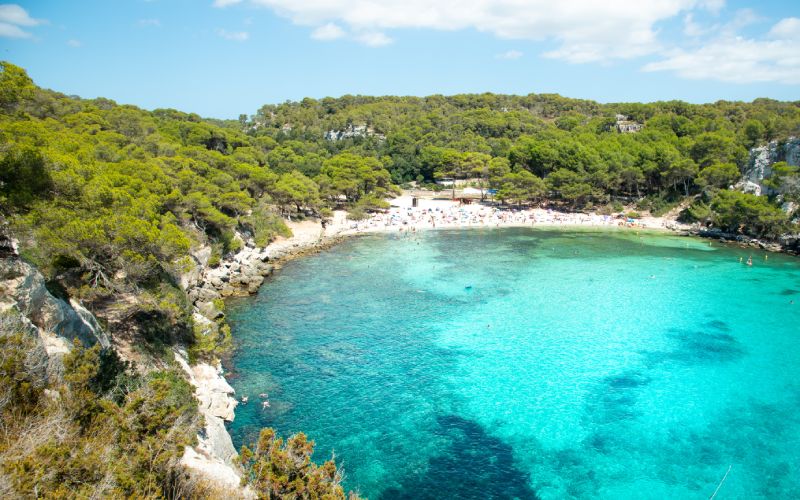 One of the most famous and touristic beaches of Menorca and probably of the Balearic Islands is the Macarella cove. Surrounded by cliffs and pine trees, Macarella presents itself as a perfect choice for diving. Aquatic cavities stain its turquoise waters of brownish colors and starfish hide in its nooks and crannies. 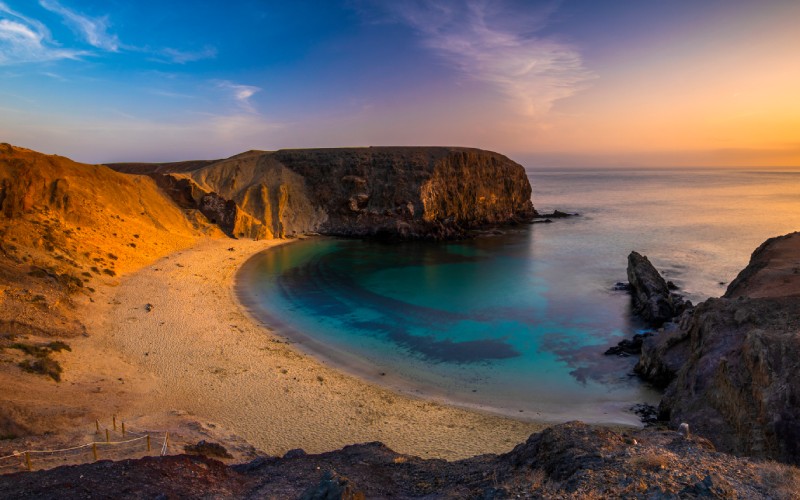 On the beaches of the north side of Lanzarote the wind usually stirs up a sea that is difficult for the task of diving. However, on the south side, it is possible to find places to take a look under the surface. Papagayo beach is one of the most beautiful coastal stretches of the island and, in addition, presents good conditions for the task. Pejeverdes, colorful old women or spider crabs await the adventurer in the rocky reefs of the area. A small underwater tunnel goes through a rock, providing even more game for the explorer. To do this, looking at the horizon, just follow the wall on the left.

The island of El Hierro 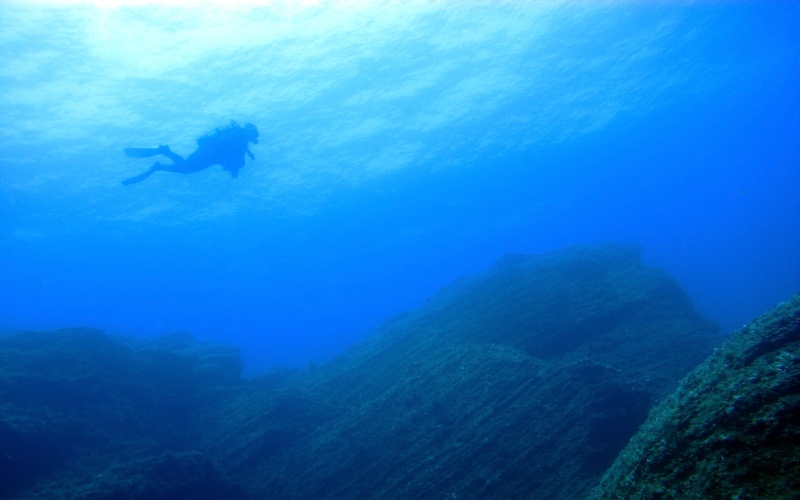 Diver in the waters of El Hierro. | Shutterstock

With the warmest waters of all Spain, with an annual average of 21 degrees, the Canary Island of El Hierro has optimal conditions for diving. A few meters from its shores, depths of thousands of meters go down to the very depths of hell. The Mar de las Calmas Marine Reserve hides under its surface large caves and nooks and crannies, where North Atlantic species merge with other tropical species. The moray eel, the puffer fish or the blue cockerel are some of the tenants that can be found.