Motilla del Azuer is a wonder and is something obvious. From a bird’s eye view, because it gives the impression of being a labyrinth of sinuous forms in which to get lost. Also when you stand in front of its walls, some of which are more than eight meters high. And, even more, when you discover its history. Motilla del Azuer, located in the municipality of Daimiel, in Castilla-La Mancha, belongs to the ancient history of the Iberian Peninsula. To a moment in time that is distant, inevitably mysterious, almost unknown, always stimulating. 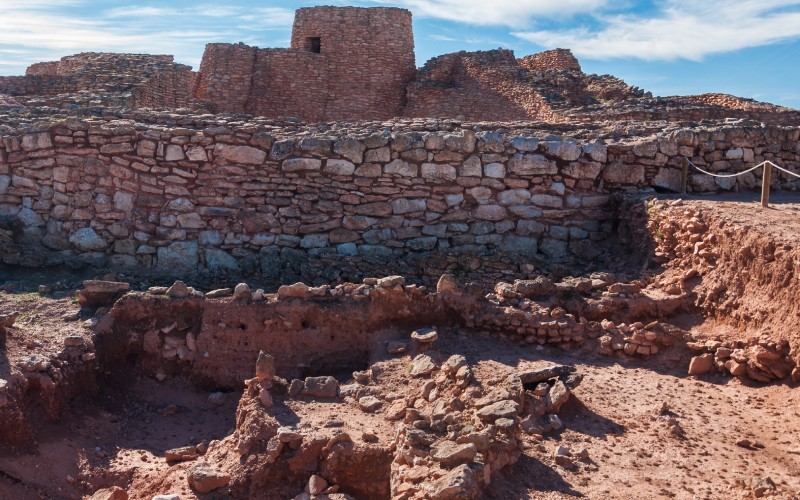 Motilla del Azuer was important for this prehistoric society because it fulfilled a function that is still of obvious vital value today. However, these settlements were unique, rare, even in the middle of the Bronze Age. This explains why only about thirty motillas are preserved. Of all of them, the protagonist of this story, the fourth of the 7 Wonders of Ancient Spain, is the largest.

In the Bronze Age, the human being opted to build various settlements, of different shapes and with different objectives. In the case of the motillas, they responded to the need of their inhabitants to take advantage of the flat spaces they occupied. The climate change suffered in previous decades had resulted in a drier and drier environment, and the motillas were also born as a response to the need to obtain water from the subsoil. Thus, in this enclave we also find the oldest documented well in the Peninsula.

These societies worked in agriculture and livestock farming, achieved a more complex social organization and also had to confront their neighbors, who were eager to get their hands on the best resources. This encouraged the proliferation of weapons and monumental constructions that also served as a defense against attacks. All this leads directly to Motilla del Azuer, considered the most representative site of the Bronze Age in La Mancha. 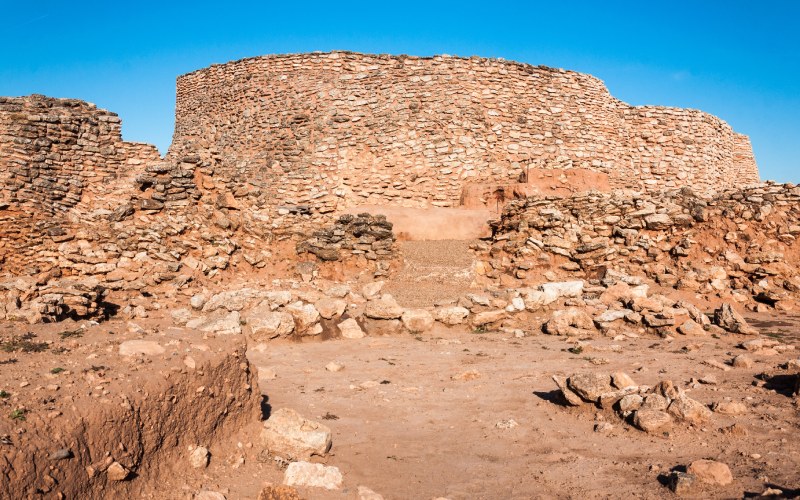 Its history had to begin with a lot of effort on the part of these societies, because this monumental architecture could not be carried out in any other way. This site is, at the same time, a fortress, a home and an enclosure dedicated to the extraction, exploitation and storage of the resources with which they subsisted.

It gives the impression that it was built from the large central tower, which dominates the whole. Studies have identified two main spaces: an inner fortified enclosure, always around this tower, and an outer space. In the latter area were the dwellings, also of different typologies. With an oval or rectangular floor plan, they alternated with open spaces dedicated to production tasks and also with others for storage. It is believed that this site was inhabited by more than one hundred people.

These one hundred people were responsible for the oldest hydraulic structure in the Peninsula, mentioned above. Among its walls, of considerable size, large storage silos can also be distinguished, as well as tumuli. The latter were dedicated to ritual practice. Offerings were deposited in them and the deceased were also buried. In any case, burial areas have also been found around the site. This is something that does not change in our journey through history: human beings have always taken care of their dead. 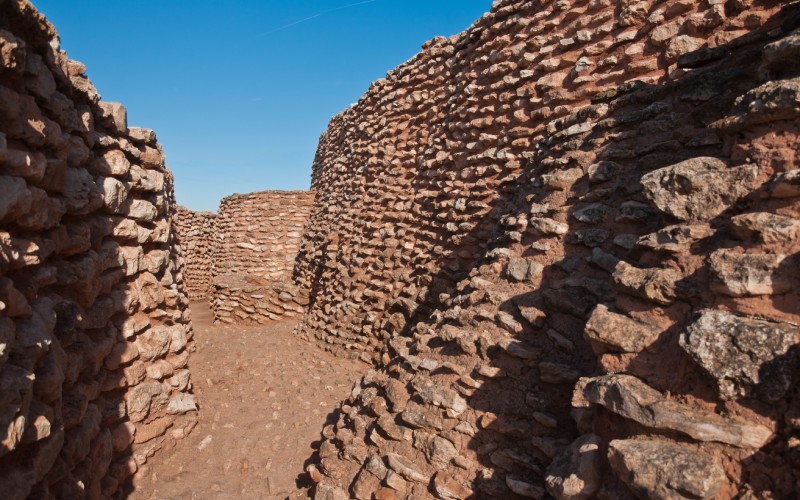 The Motilla del Azuer has survived for a very specific reason: it is an ancient monument that must be preserved. Its practical function is, to this day, null. Its historical, cultural and even emotional value is incalculable. It is the most representative site of this distant era whose details have been discovered with sweat and dropper.

It was not until the end of the last century that major research and study projects were carried out in the area. Since 1974, work has not ceased at the site. Different excavation and restoration campaigns have made Motilla del Azuer the Bronze Age archaeological site with the most details known. In June 2013, the government of Castilla-La Mancha declared this site an Asset of Cultural Interest, managed for years by the Daimiel City Council. 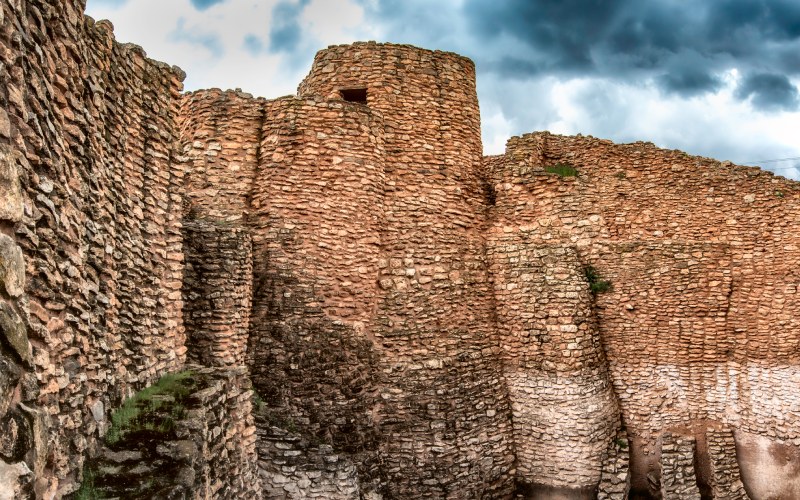 The impressive walls of the site | Shutterstock

Because it is located just thirty minutes away from the Tablas de Daimiel National Park, the Motilla del Azuer, in recent years, has grown in popularity among visitors. Word of mouth has done a lot, and it is inevitable to recreate the peculiarities of the place once you know it. La Motilla del Azuer continues to amaze visitors with its sinuous shapes, and also with its depth, unimaginable from a distance.

As with all the wonders that make up this list, from the Roman walls of Lugo to the Naveta des Tudons, to walk around this monument is to defy time. It is to walk among the centuries, almost accompanied by the prehistoric societies that devised its construction, with the sole purpose of, in the end, living. So to look into this ancient well is to look into a way of life that belongs to another era, of which one always wants to know more. And this is wonderful.