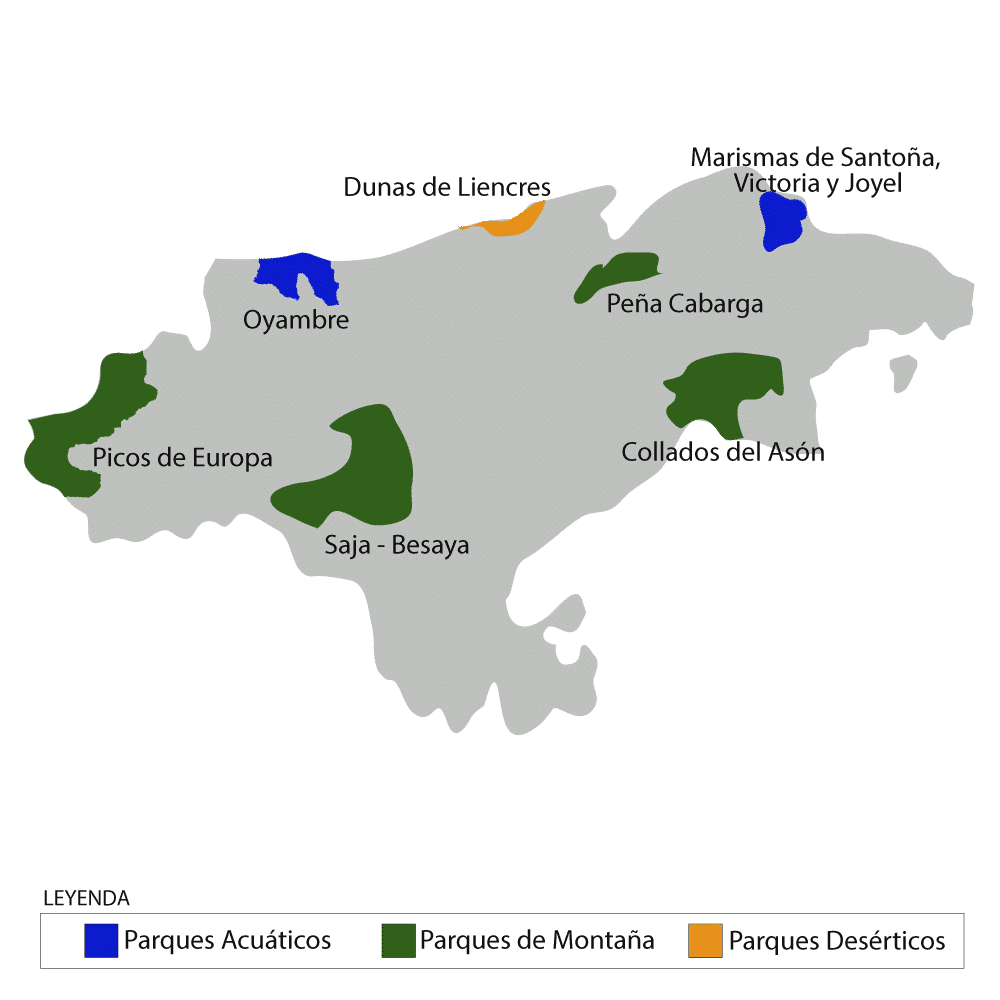 Peña Cabarga belongs to the Sierra de Gándara and its highest point is at 569 meters on Llen Peak. On its summit you’ll find the IndianoMonument and one of the best natural overlooks in the region, from which you can enjoy excellent views of the Bay of Santander, located to the north of the massif. The current terrain of Peña Cabarga has been shaped in part by the erosion of the limestone and by the iron extractions starting in the pre-Roman age in the form of open-cut mineral exploitations, no longer in use. The terrain of Peña Cabarga is marked by eye-catching karst formations which reach a high point at the karsts of Torres and Cabárceno; the latter is recognizable by its reddish color, an effect of the high iron oxide content of the clay that covers the rock.

Peña Cabarga also contains groundwater that rises to the surface on occasion through upwellings like La Covachota, where the Cubón River originates.

Vegetation: The massif’s most notable botanical formation is the coastal oak forest that stretches along its southern slope. At the lower heights, there are also formations of ash, oak, lime, elm, and hazel. The mammal population of Peña Cabarga is composed of foxes, weasels, shrews, and other small rodents. The most notable bird populations are Egyptian vultures, owls, little owls, grebes, and mallards.

Activities: Peña Cabarga is a center of hiking with several marked paths. The path that ascends to the summit of Llen Peak is among the most popular.

Entrances: This space is found nearby the city of Santander. Its main entrance is the CA-412 highway, which departs from the town of Heras and leads into the park, ascending up to its greatest heights.