The Cabo de Gata-Níjar Natural Park is the first protected maritime-terrestrial area in Andalusia. The 49,512 hectares of Cabo de Gata separate the city of Almería from the different localities that make up the municipality of Níjar (the largest in Spain). 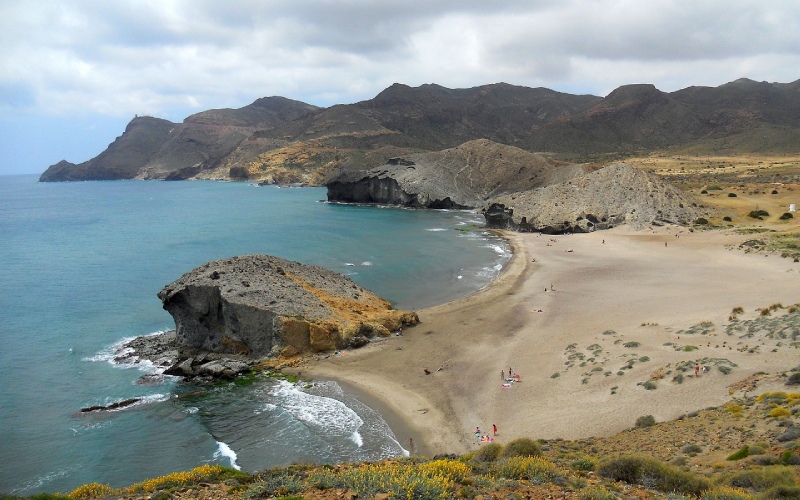 Rugged and dry landscape, mostly of volcanic origin, is located on the foothills of Sierra de Gata, a mountain range that runs parallel to the coastline, giving rise to a series of great cliffs that drop sharply down to the sea.

At the foot of these elevations are the picturesque beaches, coves and inlets that have made Cabo de Gata famous as a paradisiacal destination for bathers and hikers from Spain and abroad.

The uniqueness of Cabo de Gata comes from its climate and terrain. It has a dry climate and a lack of winter weather, while its soils are not very fertile. 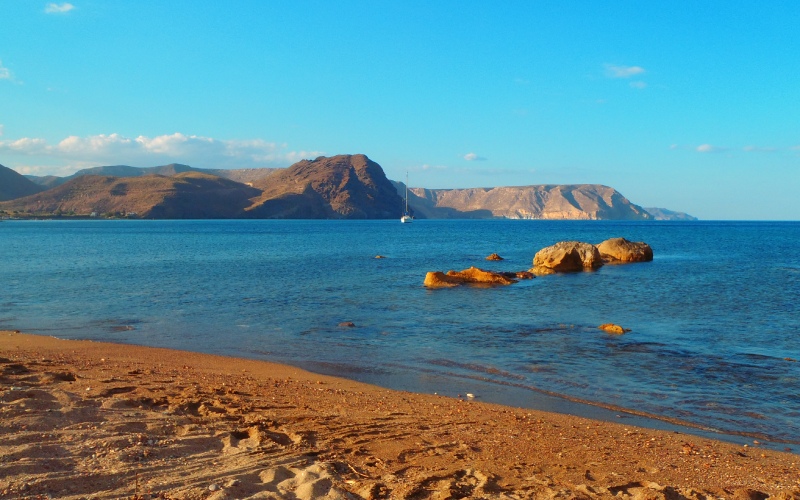 However, the LLanos de la Cañada and Níjar area is the only protected geographical indication for tomatoes in Spain; Tomate de la Cañada. This tomato has special characteristics and is consumed throughout Europe. However, these apparently adverse conditions end up shaping a terrain of contrasts; with a very rich ecological diversity that make it one of the main natural areas of the western Mediterranean.

Among the main places of scenic interest in Cabo de Gata are the beautiful beaches of Los Genoveses, Las Negras, Agua Amarga or Monsul; cliffs and ravines such as Punta de los Muertos or Mesa Roldán and viewpoints such as La Isleta del Moro or Las Sirenas (near the lighthouse and the Castle of San Francisco de Paula). 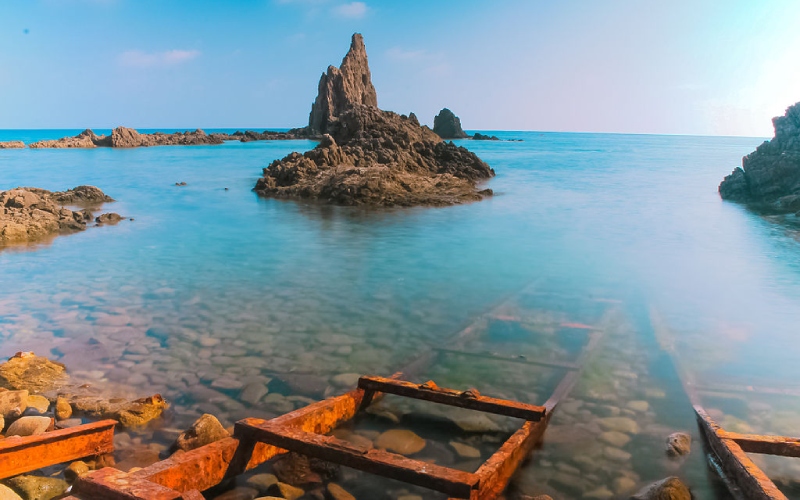 Cabo de Gata also has an active ecosystem of salt marshes with great ornithological attractions. Due to its strategic position at the south-easternmost point of the peninsula, Cabo de Gata is an important transit point for birds on their migration to Africa. Here you can find species such as the cormorant, Bonelli’s eagle, the wild olive tree and the flamingo; which is very present in the salt flats.

Its vegetation is conditioned by the aridity of its soils, which produce species such as Periploca laevigata and jujube; as well as others such as mastic, Chamaerops and hawthorn. 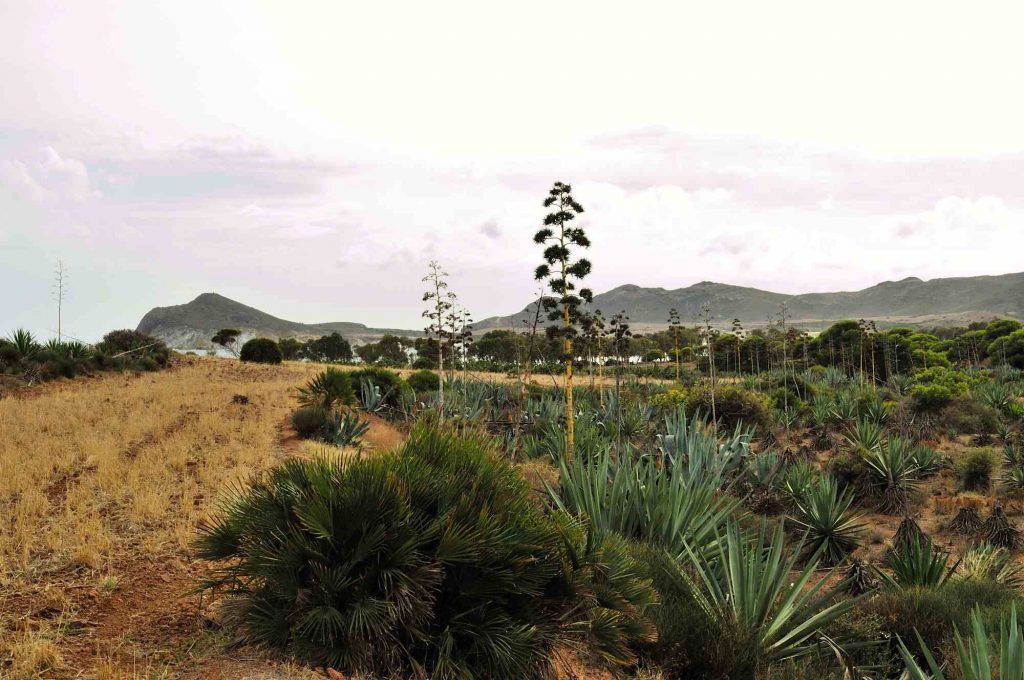 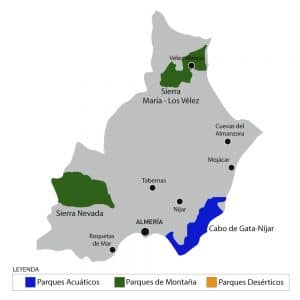 Cabo de Gata is traversed by an extensive network of paths that run along inland and coastal routes such as Los Genoveses, Mesa Roldán and Requema. Various companies offer the possibility of active tourism activities such as diving, kayaking, horse riding and cycling routes.

Access to the park is easy from Almería, passing through Retamar and then taking the Al – 3115 road; which leads to the interior of Cabo de Gata. There is also the possibility of travelling by bus to some of the municipalities in the park; such as San José, Rodalquilar, Las Negras or Isleta del Moro.

Andalusia, natural park
It may interest you...