That parents sometimes become cruel is something repeatedly demonstrated. It must be the lack of sleep, the continuous battle to get them dressed or eat, the time investment, the yelling or who knows what. Children are a blessing, yes, but not always. If not, tell that to the smart guy or gal who first used the figure of the Coco to tell a child to go to sleep. It must have worked, because there is no lullaby, at least in Spanish, that has transcended more. And what about the mysterious Bogeyman? Who referred to this terrifying gentleman for the first time?

A monster to rule them all

It’s ten o’clock at night on any given weekday. A woman is trying to put her young son to bed, who refuses to go to bed. After placating a little the child’s untimely refusal, she tucks him in the sheets, but, to make sure that the child does not get up later as he has done on other nights, she seals her action with a lullaby: ‘Go to sleep child, go to sleep now, the Coco is coming and it will eat you‘.

The figure of children’s monsters, such as the Bogeyman or the Coco, has been used since ancient times to teach children a certain behavior. Thus, the Boogeyman avoids the little ones from going with strangers, while the bogeyman induces the infant to sleep before the monster comes to eat him. It is, therefore, a figure of control and sinister pedagogy. But the question is: what is the origin of the myth? 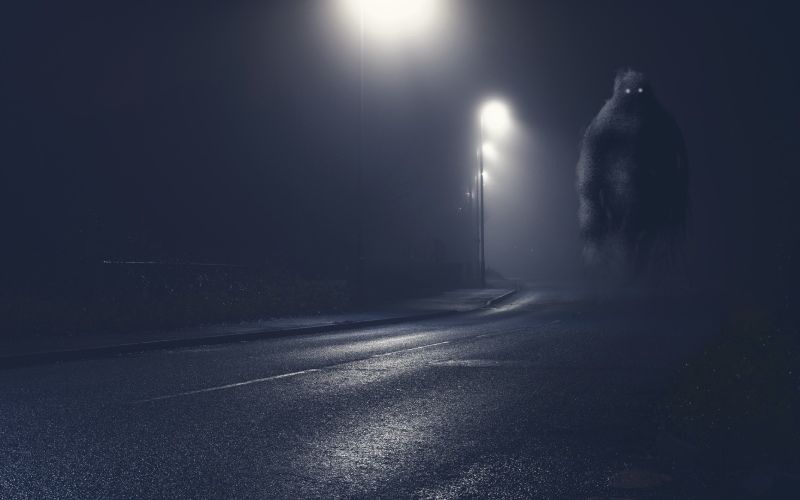 Illustration of a monster in the middle of the road. | Shutterstock

Birthplace: a legend that spreads to the farthest reaches of the imagination

The truth is that the figure of the Coco, widely used in Spain, has neither a specific time nor a specific place of origin. The legend extends far beyond the reach of the imagination. The 17th century historian Rodrigo Caro stated that nursery rhymes about children’s monsters date back to the time of the Greeks and Romans. The Roman poet Persius Flaccus credited their existence as early as the 1st century. But, in the end, we do not have a 100% exact origin. 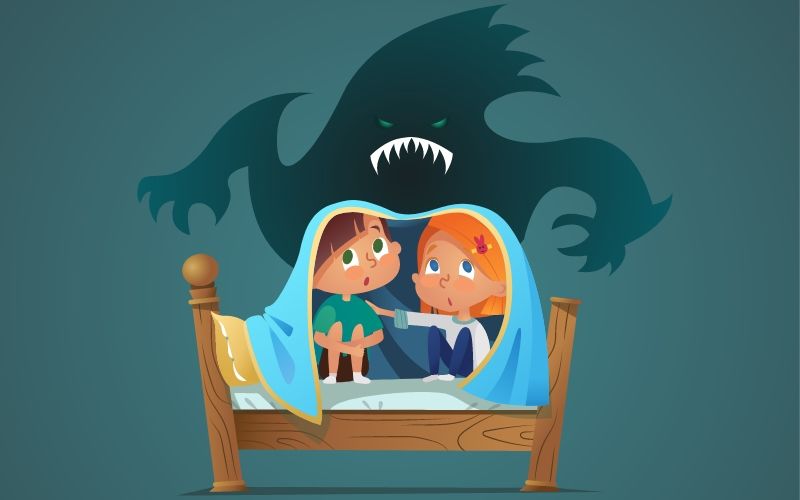 Illustration of two children tormented by a monster. | Shutterstock

Having made it clear that the date of the birth of this being is lost in time, to get an idea of its origin, it is worth asking: What came first, the monster or the fruit? The truth is that etymologically, according to anthropologists del Campo and Ruiz, there are many theories about the origin of this word. Well, the Coco continues to do his own thing. He does not want to make himself known more than strictly necessary. Famous yes, but reserved.

Likewise, etymologists Carominas and Pascual affirm that ‘coco was first the infantile name of some European spherical fruits, by comparison with which it was later applied to the ghost, and then the fruit of the coconut tree was baptized this way’. In conclusion, first came the monster and then the coconut. Why? Because the fruit resembled a hairy face with eyes and a mouth.

Power: a boggart that takes on the same shape as fear

Continuing with the mystery surrounding this child scarer, the Coco also does not take on a specific physical form. For the Portuguese it is a dragon that is represented every year in the celebration of Corpus Christi. In Asturias, as anthropologists del Campo and Ruiz point out in the aforementioned article, the Coco takes on the form of ‘a giant with eyes like fire, a mouth like a spit, a huge stomach, very hairy and as black as blight’. 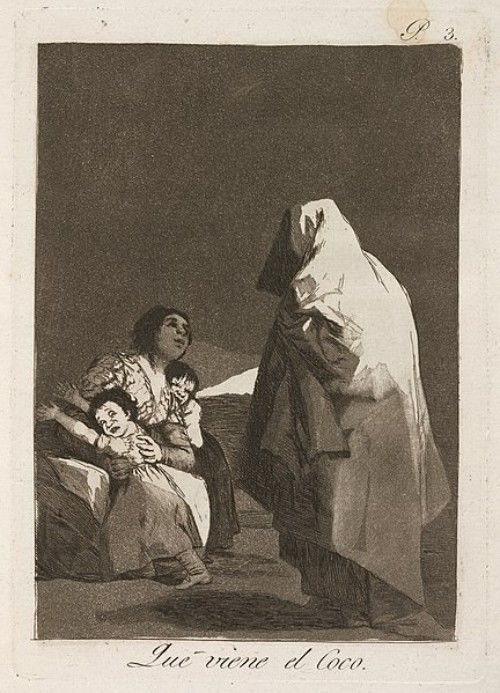 The authors also note the following: ‘Like the rest of the monsters, this one is built in the domain of imagination and emotions. In fact, the Coco is invoked, not described. Unlike what happens with other scarecrows, mentions of the Coco are always abstract’.

In fact, the Coco could well be compared to a kind of boggart, that creature from the magical world of Harry Potter that takes on the form that most frightens the person in front of it. The poet García Lorca, always attentive to popular culture, pointed out that ‘the magical strength of the Coco is precisely its blurriness. It can never appear even if it haunts the rooms’.

It is not known where it first appeared, but the Coco lives in the imagination of half the world, especially in Spanish-speaking countries. In Latin American countries such as Argentina, Puerto Rico or Bolivia it is called Cuco, while in Brazil it is known as the Cuca. In Bulgaria it becomes the fearsome Torbalan and in the Nordic countries of Norway and Denmark it is the Bussemanden. Likewise, in Portugal, Spain or Mexico it is called Coco, a name that even differs depending on the province we are in. If there is one thing that women and men all over the world seem to have in common, it seems to be the urge to put their little ones to sleep. El Coco knows this, and is grateful.

In one of these interpretations of the myth, the Coco goes by the name of Bloody Bones. We are talking about a being, recorded by the American writer John Locke in 1693, whose origin is located in the United Kingdom and extends to the United States. It is said that this creature lives near ponds. According to folklore author Ruth Tongue, Bloody Bones waits ‘sitting on a pile of gnawed bones that have belonged to children who told lies or bad words‘. 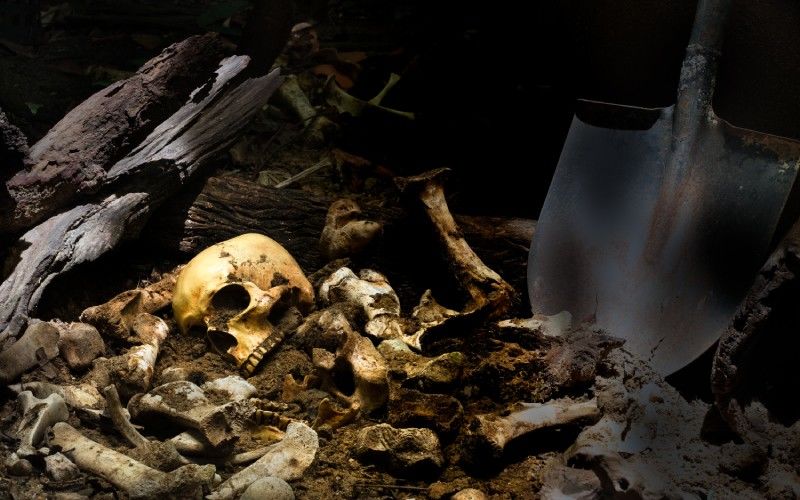 Another of the names by which the fearsome Coco is known is the Bogeyman, in this case, a version believed to hail from Scotland. The Bogeyman is said to wait, like a hard worker from Monsters S.A., behind children’s beds, always ready to pounce on his frightened prey. The Coco has, in short, an infinite variety of versions. He is the Shulley of children’s monsters. The regular employee of the month in the schools of terrifying creatures.

It has been a lot since that first written mention in Spain to the mysterious child scarer. It must have rained even more since the first lullaby he starred in. However, the myth is still alive all over the world. The authors del Campo and Ruiz conclude their article as follows: ‘Our study shows that the traditional monsters have continued to do their thing in the 20th century and so far in the 21st, and that some of them, such as the Coco, are still alive, even when they are updated under new imaginary forms that come from the television screen, cinema, video games and Internet, which shows the everlasting folkloric mixture of clichés, characters, stories and images’.

A figure hidden behind a shadow that goes with him wherever he goes lies on a bed. It has been a long day. A desperate man hired him because his son had painted the walls in the hallway of his house. ‘Damn kids,’ he thinks to himself. The Coco hates children, but he also loves them. The creature thinks of the frightened face that child made after paying him a visit at night. ‘I didn’t even have to go near him,’ he recalls. With a smile, the Coco goes to bed with the sunlight peeking through the window. It’s been a good night.