October 12, National Day of Spain. This day, a National Holiday in Spain, commemorates the arrival of Christopher Columbus to the coast of Guanahani, in the Bahamas, thus establishing the official contact between Spain and America. It happened on another October 12, that of the year 1492, and had the protagonists that the history books have collected in a general way. These lines, however, want to point out another figure: the Virgin of Guadalupe, Queen of Hispanity. Virgin of Extremadura, but virgin of all.

The favorite of Columbus and the Catholic Monarchs 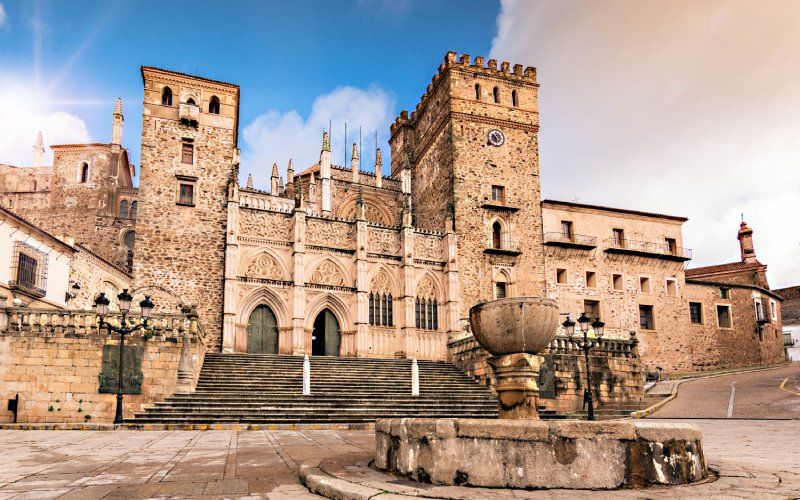 Before setting sail, Christopher Columbus entrusted himself to everything he knew, aware of the dangers he could run in the enterprises ahead. We should not refer only to the year 1492. A decade earlier, the navigator already knew about ships and explorations. As early as 1485 he was already relying on the Virgin of Guadalupe, asking for her help and protection.

Up to a total of three times he went to the town of Cáceres, where this Extremaduran virgin is located, in search of her shelter. It seems that Columbus always carried her with him. So much so that he named one of the islands he came across in the New World in 1493 after her. This also explains the profusion of Guadalupes throughout the continent. Names of people, temples and institutions that drank directly from this faith of Columbus.

A faith that was also professed by the Catholic Monarchs themselves, who visited his sanctuary a total of 22 times. That are documented, of course. There could have been more. It is also known that under their protection they embraced and bet on the adventure that in 1492 led Columbus to consolidate himself as the emblem he is today. 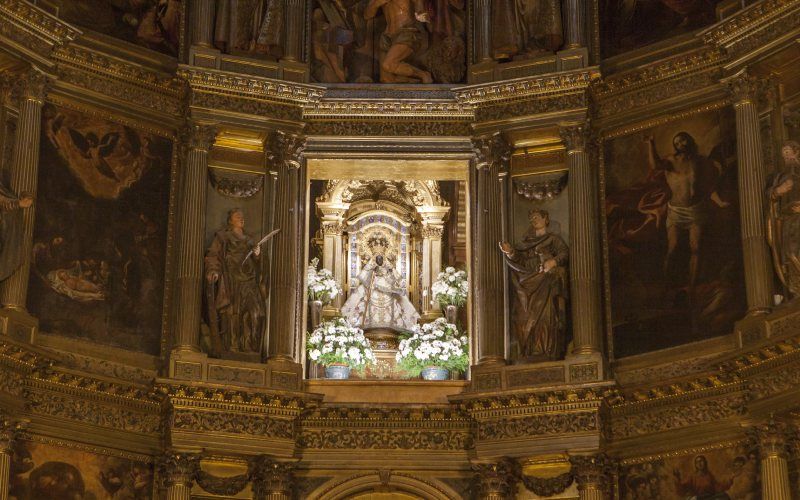 In this small village of Cáceres was crowned the so-called Queen of Hispanity. It was in 1928 when the Cardinal Primate of Spain, Pedro Segura, acting as legate of Pope Pius XI and in the presence of King Alfonso XIII, proclaimed the Virgin of Guadalupe Hispaniarum Regina. Or, in other words, Queen of Spain. She is the only virgin with an imperial crown in the country.

UNESCO also recognized her worth and explained, from a universal perspective, why this Virgin of Guadalupe is the Queen of Hispania. In 1993 the whole of her sanctuary was declared a World Heritage Site. Both the monastery and the basilica, with special emphasis on the figure itself: ‘the famous statue of the Virgin of Guadalupe, which became a powerful symbol of the Christianization of much of the New World‘.

A year after the coronation of the Virgin, the town of Guadalupe promoted the Days of Solidarity among Hispanic Peoples. These Days of the Hispanity build bridges between all the cultures that make up this so-called Hispanity (Hispanidad in Spanish). One of its links is this: the Virgin of Guadalupe.