Sometimes it is easy to think that common, everyday terms or customs have always been like this. And that they will continue to be so. But this is not the case. Certain elements have changed in meaning over the centuries. Thus, the meaning of the term Spain has varied throughout history. It was not the same for a Roman as for a Visigoth and much less so for any citizen of the current state that bears that name. Travelling through these semantic twists and turns is a very interesting route.

The mysterious origin of Hispania and how it became Spain

Spain comes from Hispania, a name associated with Rome. It is contrasted with Iberia, which has remained ‘Iberian peninsula’ and was used by the Hellenic world. Both are thought to have originated from languages other than Latin and Greek. First came the Hellenic term, probably taken from a fluvial place name in Huelva from the Tartessian period. The Romans also used it, although with the passing of time they opted for another one. 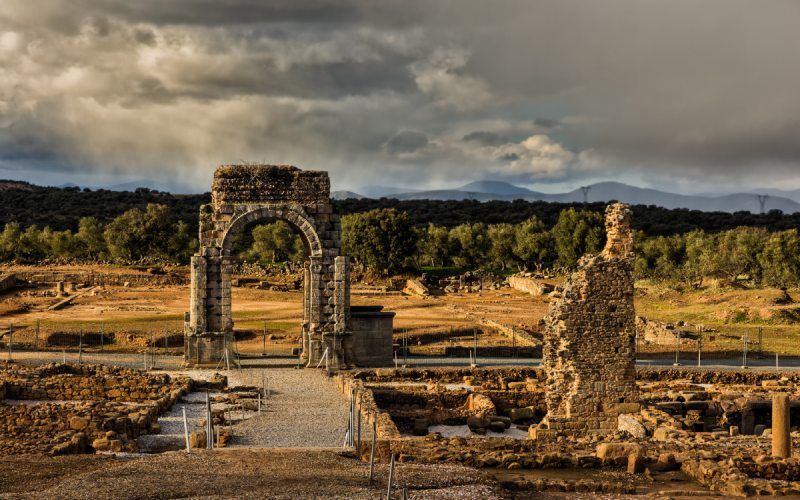 Cáparra and the Silver Route. | Shutterstock

The fact is that Republican Rome ended up adopting Hispania to refer to the Iberian Peninsula. Although it sounds very Latin by force of usage, it is not a toponym from that language. There is still debate today as to how the word was formed. One of the most popular theories considers it to be a derivation of the Phoenician ‘I-span-ya’. Within these, for centuries, there have been various interpretations as to what it meant. It seems clear that the beginning and end refer to ‘island‘. The ‘span’, and derivatives, have been taken to mean ‘of rabbits’, ‘of the smiths’ or ‘of the north‘. What is certain is that it originally alluded to a geographical concept.

This concept was maintained for a long time, as will be seen. However, the conquest of the peninsula by Rome meant that the territory began to be associated with more bureaucratic concepts. Not surprisingly, the first colonies outside Italy of the future empire settled in what is now Spain. The peninsula was divided into several provinces, two called ulterior and one called citerior. In any case, there were already “Hispanias”, the administrative divisions and future conventus, and Hispania, the tongue of land south of the Pyrenees and surrounded by the Atlantic and the Mediterranean.

From geography to politics in the Gothic environment

This geographical concept took precedence when Rome declined. The death of the empire led to it being swallowed up by its closest allies and enemies. Among plunderers and successors, one of the most successful barbarian peoples were the Goths. One branch of them, the Visigoths, travelled from eastern Europe to Gaul and Hispania, where they settled. They would eventually form a kingdom whose monarchs were recited in every school a few decades ago.

Whoever wonders what this is all about has the answer: the Visigoths were responsible for politicising the word Hispania and beginning to derive it from Spain. Specifically, one of their most important saints, Saint Isidore of Seville, played a key role. In the 7th century, this Father of the Catholic Church wrote a historiographical work, Historia Gothorum Vandalorum et Suevorum, which recounted what happened to these barbarian peoples from the 3rd century onwards. It contains a fragment, the Laus Spaniae. In short, it is a praise of Spain, a hymn to the goodness of the peninsula. 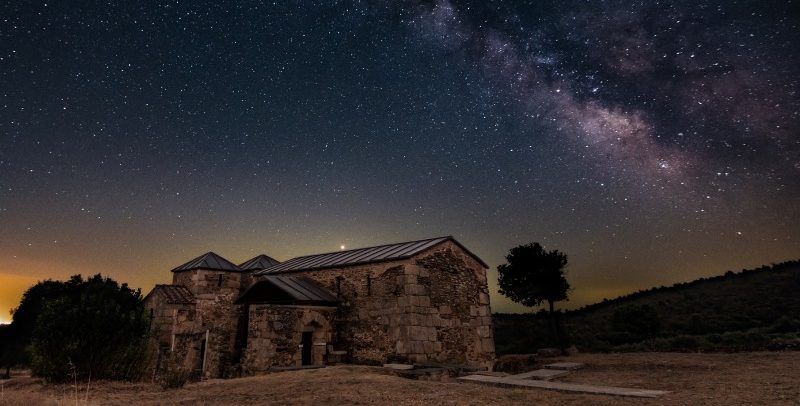 The importance of this text, part of the long version of the Historia Gothorum, is enormous. There San Isidoro, as the Hispanist Alexander Pierre Bronisch points out in a study, extols a territory in such a way that it appears as a promised land in the style of the Old Testament. The chosen ones, of course, the Visigoths. The explanation for the change is the conversion of the kingdom from Arianism to Catholicism. It was necessary to justify that they were on the side of God and of the heir of St. Peter, and nothing better than to point out that their epic to Hispania was divine and this land ditto, a path to redemption from their heresy.

It should also be noted that the conversion led to conflicts between the Visigoths on this side of the Pyrenees and those on the Gallic side. Later chronicles begin to link the kingdom of Toledo with Spain as opposed to the Arian Gothic rebels in Gaul. The fact that the latter were supported by segments of present-day Aragon and Catalonia was overlooked. Thus, towards the end, Bronisch points out that Spaniae was already being used as a synonym for that sort of Gothic state.

The unification of a territory in one word

The Muslim invasion brought about a turnaround in the situation. Asturian kings, very early on, gave some continuity to the politicised idea of Saint Isidore. However, the disappearance of the Visigothic kingdom meant that Hispania/Spania returned to its geographical significance. This is how it was used by the conquerors and the Christians of the north. In fact, the latter used the toponym to refer not to their own domains, but to those held by their Mohammedan rivals. The Mozarabs, on the other hand, kept the Gothic concept longer.

The concept of conquest by redemption of St. Isidore was not lost. Past sins motivated the infinite punishment that was the Muslim invasion and had to be fought. A fervour that led to the concept of Reconquest, extended throughout what remained of the Middle Ages. In the 12th century, the geopolitical situation in Spain was different and the Christian kingdoms were notoriously powerful. By then it is believed that it was common to say Spain to refer to the whole peninsula, Moorish or otherwise.

The next step was logical and reminiscent of that attempted by St Isidore. If Spain referred geographically to the whole peninsula, it is normal that a kinglet would eventually emerge who wanted to be appointed regent of the whole of that territory. A hegemony worthy of being called Imperator totius Hispaniae. This title was given to Alfonso VI of León in 1077 and later to Alfonso VII in 1135. In this way, it began to take on political connotations. 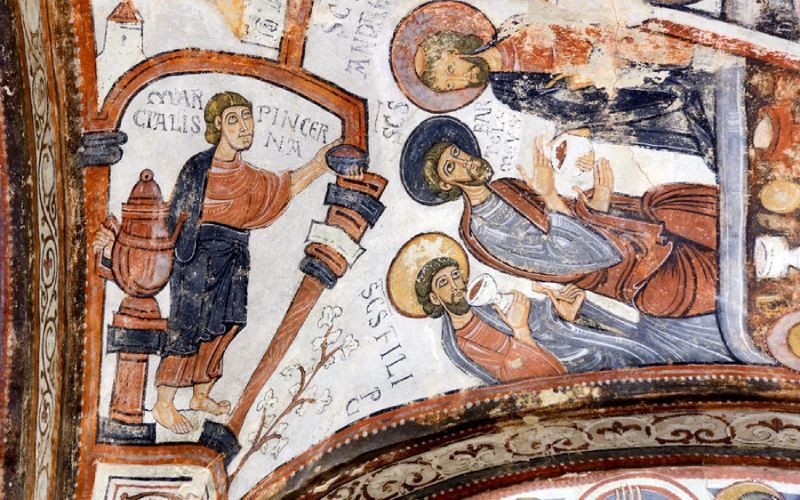 In León, San Isidoro gives his name to one of its best temples. | Shutterstock

The Iberian Peninsula was a place of war throughout the Middle Ages and the intentions of those Christian monarchs who wanted to unite its kingdoms should not be confused with any nationalist or romantic ideal. They sought power and to impose themselves on their neighbours, nothing more. Thus, Spain as a unitary political entity was more a personal aspiration of certain kings than anything else. Likewise, as always, it was also a reference to the whole peninsula.

Eventually the marriage policies, together with the war, bore fruit. Castile, León and Aragon were united in the figure of the Catholic Monarchs, who conquered Granada. Ferdinand II would lead the capture of Navarre. Portugal, on the other hand, had been able to gain independence. Thus, Spain was a narrower geographical term, which did not encompass the Portuguese. In the meantime, the Spanish crown was already a fact, unification had been achieved and the discovery of America was added to this. Not only was Spain now associated politically, because of the monarchy it represented, but it was also referred to as “Spain” to refer to all its territories. This plural ended up disappearing when the Spanish empire did. But the important thing is that the current concept already had its foundations in place.

castile, history, middle ages, spanish culture
It may interest you... 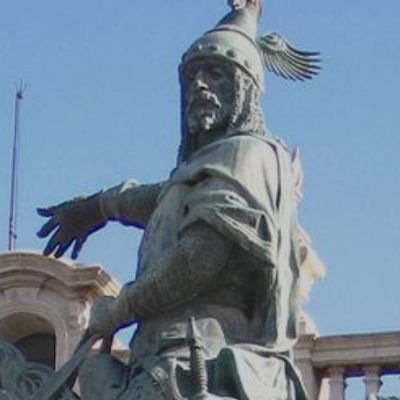 Since the mid-fourteenth century, the Valencian Community celebrates its day…