King Alfonso II of Asturias (born in 760) has come to be known as the first pilgrim to journey to the tomb of the apostle of Santiago de Compostela. He was fundamental in the history of the Camino. Not only did he blaze the trail of the Original Camino, but he is also famous for the lifestyle he maintained during one of the most turbulent periods of the incipient Spanish monarchy. Keep in mind that in the previous years, there had been seven changes in power, and only two of these changes were caused by the natural death of the king. Knowing the context of the time and the adventures of the founder of the Camino de Santiago is fundamental in understanding the importance that he had in this time known as the Dark Ages.

The young Alfonso was the son of King Fruela I and an Alavesa lady named Munía. His father had captured his mother during his war with the Basques, later marrying her. Alfonso’s father was a violent king who also warred with the Moors and even killed his brother Vimarano (who tried to remove him from the throne). His death provoked the assassination of Fruela. After losing his father at only 8 years old, the new king Aurelio, who was installed on the throne by the nobles who assassinated his father, was interned in the Monasterio de Samos, which was the main monastic and cultural institution in the kingdom. When he was 14, Aurelio died, and the crown returned to his dynasty. It fell to King Silo, the husband of his aunt Adosinda, who ordered that Alfonso be brought to the royal court in Oviedo. During the following nine years, Alfonso became a close companion of his aunt and uncle, dealing with the administration of the palace of Oviedo and the court affairs. When king Silo died in 783 without leaving any heirs, his aunt got the nobles to choose Alfonso as his successor. But a few months later, he was deposed by Mauregato, the illegitimate son of his grandfather Alfonso I, and the nobles who supported him were the same ones who killed Alfonso’s father and feared he’d take revenge on them. To avoid being kill himself, Alfonso fled to the lands of Álava, where he took refuge with his mother’s parents.

In the following years, Alfonso the Chaste had to witness the excesses and indignations of the reign of his uncle, to which the infamous Tribute of the One Hundred Maidens is attributed. However, Mauregato died, and Bermudo was elected to sit on the throne. He allowed Alfonso to return, and Bermudo later named him as his successor when the king decided to abdicate and lock himself in a monastery. Thus, at 31 years of age, Alfonso the Chaste ascended to the throne. His personal life was austere and exemplary, marked by a very Christian aesthetic, for even though he married, he never consummated the marriage. He recovered many of the laws and traditions of the Visigothic monarchy. He promoted the reconquest against the Moors, taking Lisboa and strengthening its dominions until the Duero River.

After the coronation of Charlemagne in 801, the French mounted the second big invasion into the Iberian Peninsula. In the following seven years, the French took a series of counties who payed taxes to the Empire in the north of Cataluña, Aragón, and Navarra. This created a frontier of the Carolingian Empire in Asturias, which was separated form Navarra by Álava, the territory where Alfonso’s family lived and where he took refuge for some years. Since the new emperor was the first Christian one, Alfonso the Chaste sent three messengers to negotiate with him. It was thought that the emperor might try to make him to pay fealty, which was something that he would not do.

The Battle of Roncesvalles took place in 809 when Charlemagne removed his army. This battle involved a contingent of Asturian warriors commanded by Bernardo de Carpio.

In 813, the bishop of Iria Flavia told the king that the tomb holding the body of the apostle Santiago had been discovered, which motivated Alfonso to travel from Oviedo to the tomb, making him the first pilgrim. The king built a temple to safeguard the tomb, which promoted other similar pilgrimages. He also decided to donate a sumptuous cross that presided over the tomb. He hired two goldsmiths to build it, and they used various precious stones and metals to make it as stunning as possible. According to legend, one day, king Alfonso the Chaste entered the room where the work of art was being made, and he found the cross suspended in the air and shining. The goldsmiths had disappeared without a trace, never charging the king for their work. This piece is called “Cross of the Angels,” and you can still see it today in the Cathedral of Oviedo. 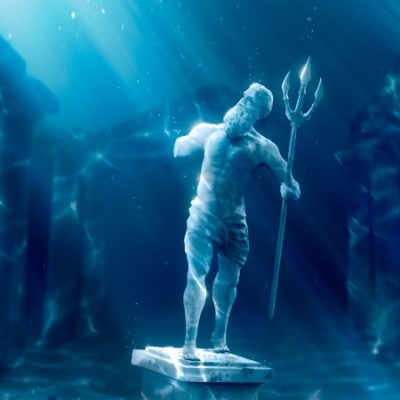 The legend of the txori of Puente La Reina
[vc_row][vc_column][vc_row_inner css=".vc_custom_1499298976910{margin-bottom: 0px !important;}"][vc_column_inner width="2/3"][vc_column_text]Puente la Reina is the Navarrese village where the two main Más información

Miracle and tragedy of the Virgen del Puy
[vc_row][vc_column][vc_column_text]According to a tradition, during the night of May 25, 1085 some shepherds of the Más información