“The siesta in Andalusia was invented by the Tartessians”, said Chano Lobato, flamenco singer and comedian. He says this because throughout Spain, not only in Andalusia, the siesta has accompanied its inhabitants since one of its most ancestral civilisations arose. Tartessos, of course. But leaving aside clichés and jokes, deeper questions arise: What mysteries surround this lost kingdom of Huelva, but alive in Andalusian legends?

What does Tartessos refer to?

The mystery surrounding Tartessos begins with its name. The most widespread among historians and archaeologists is that it refers to a city, a kingdom, from the 12th to the 5th century BC. But there are those who suggest that it was a gulf, a mountain or a river. For example, Postumius Rufius Festus Avienus, Avienus to his friends, says so in Ora Maritima.

It has even been associated with the mythical Betis, not the “viva manque perdda” football team, but with the river course now called Guadalquivir. But the most weighty data taken from texts by ancient historians close the circle even further and indicate that the capital of Tartessos is in the province of Huelva.

The mythical nature of Tartessos goes back a long way. The Greeks believed that it was no less than the first civilisation of the West. Today it is clear that it was not, but it helped history and legend to blend together. Since then numerous researchers have tried to tackle the Tartessian enigma. The main problem? That the ruins of the city are missing. So the first thing to do is to talk about its legendary wealth, the historiographical enigmas better at the end. 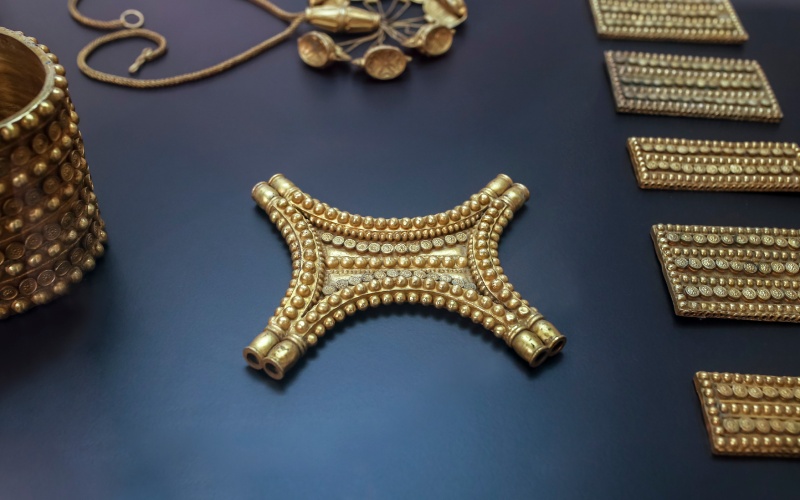 Among the stories surrounding the culture of Tartessos, it is said that it was a civilisation in which trade played a fundamental role in the economy of the kingdom. The mainstay of this business was the metals obtained from its mines. Legends tell us that they were the richest in the territory. Specifically, the most important metal was gold, although it seems that they were not short of tin and silver either.

This is reflected in the Tinto river, one of the most important rivers in Huelva. It is indeed named after the wine, but it cannot be drunk. And if the legend of Tartessos was not enigmatic enough, now there is a river whose flow is the colour of grape must. There is an explanation for this. The contact of the water with the soil, so fertile in metals, gives it this tone. Hence, if you take a drink, you will surely end up as buried as the Tartessians. 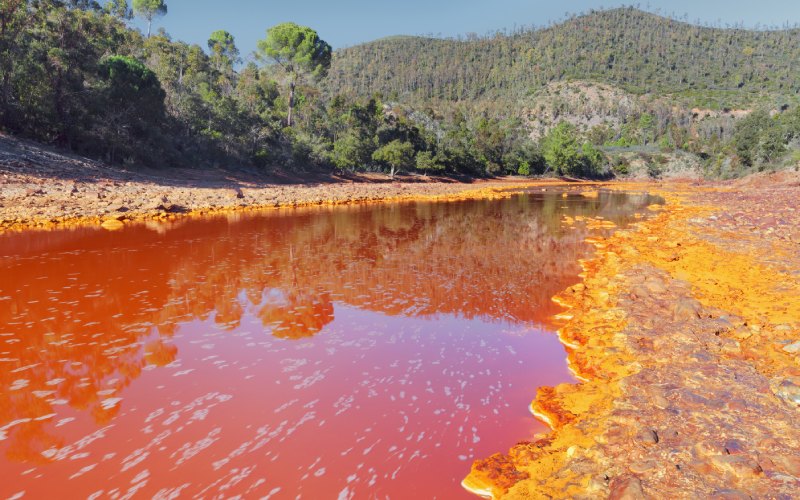 Such was the importance of mining that even in the Bible there are texts that associate the Tartessian metal with King Solomon himself. One of the stories that have been passed down from father to son is that the gold elements of Solomon’s Table came from this civilisation. It is precisely this table that will be discussed in a later chapter of this review. Undoubtedly, Tartessos was well connected with the jet set of the time.

Although it is said that “all that glitters is not gold”, the opposite was true of the Carambolo treasure. If anyone could have thought that Tartessos was an ancient invention, typical of popular culture, in 1958 everything changed. But only slightly… It happened in Camas, Seville. In the Carambolo hill, 21 pieces of gold were found, something never seen before. A fact that brought reality to the legend, but, boy, did it lead to new questions.

Silver giants and kings, the curious monarchs of Tartessos

Such a rich and prosperous place had to be ruled by people who were up to the task. And so they were in some cases, as we shall see. Many kings were attributed to the throne of Tartessos during its many centuries of existence. A city that was bathed in gold and mystery must also have had legends about its monarchs.

Geryon was one of the most prominent. Greek mythology depicted him as an animal with human properties and characteristics. Illustrations depicted him as a terrifying giant with three heads and bodies. This complexion did not frighten the great hero of Greek mythology, Hercules. The stories told of Tartessos and he came to the kingdom attracted by the wealth of livestock in the area. His goal? To steal the king’s cattle. Far from making a “Solomonic decision”, the protagonists fought a duel and Geryon met his end after being pierced by a poisonous arrow. It is one of the many reasons why Hercules earned his place on the coat of arms of Andalusia. 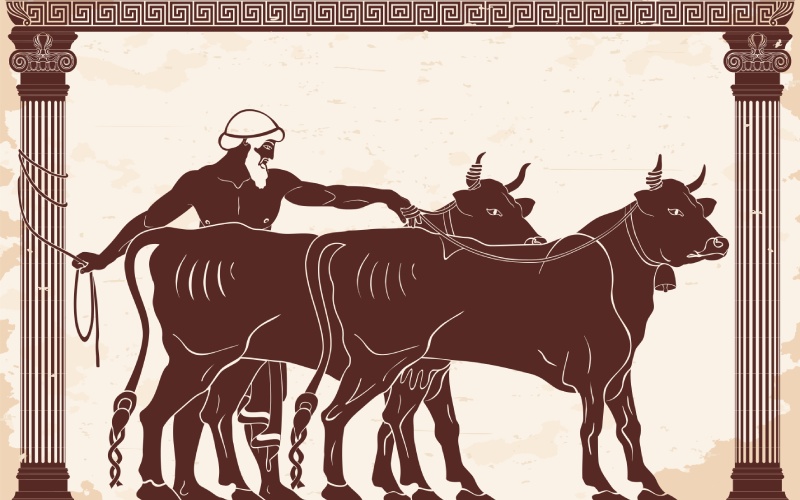 Another who “lived like a king” was Argantonius, King of Tartessos. He was emblematic of the wealth of metal and heritage that Tartessos presented. He even had this intrinsic in his name which meant “the man of silver”. Herodotus’ texts put the length of his reign at 80 years. The accounts do not add up, but the historian resolved the matter with a textbook Deus Ex Machina. That is, with a device from the Greek theatre that solved a conflict in a quick and implausible way. Thus, he claimed that the king lived 120 and 150 years.

During the period of his reign the monarch befriended the Greeks of Phocis, others who came to the kingdom attracted by the stories told of the king and the prosperity of the land. Such were the goods that when they left the territory, the new friends of the ruler took silver as an offering to reinforce the walls and resist the invasions of enemies. A great gift, because later Argantonius died and could not have helped more. Although with his death the expression “a dead king, a new king” was not fulfilled, as he was the last monarch of Tartessos.

The reality that exists in the legend

Changing the subject and making good on our promises, it is time to talk about how the Tartessian legend affected scientific research. Adolf Schulten, a German archaeologist and historian attracted by this Iberian kingdom, dedicated a large part of his life to finding the lost city. “Each master has his own book”. So, like his reference, Heinrich Schliemann, who discovered Troy thanks to the Iliad, he relied on the aforementioned Ora Maritima for his research. 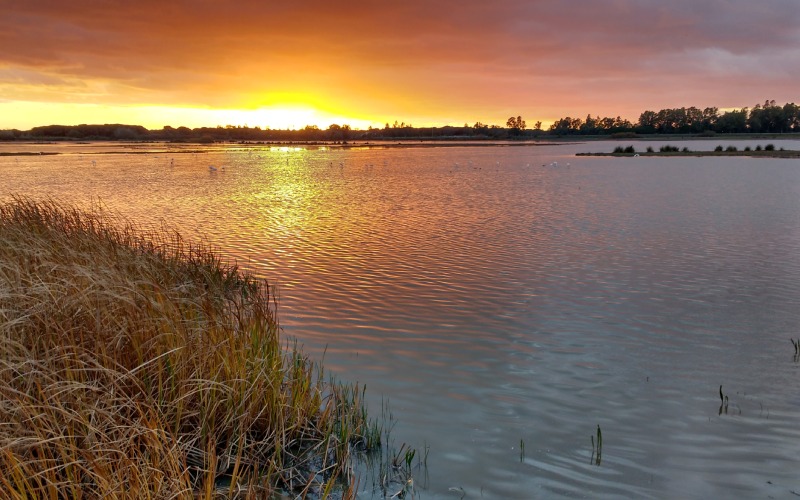 With this Adolf intended to put an end to the legends and discover the capital of Tartessos. For this purpose he carried out an enormous excavation in the Doñana Natural Park in Huelva. Even though Schulten was “on and on” about it, the discovery was “conspicuous by its absence”. It was just one more site to cross off the map to continue looking elsewhere. The outcome of the project was not only a failure. It served to fuel the myth even more. Every researcher’s nightmare.

Therefore, the question of what Tartessos is is clearer, a place. Although it is not free from continuing to generate doubts. It is known what it is, but the location remains an enigma, a living, or rather dead, legend in Andalusia and the rest of Spain. The city may be buried under marshes, rivers or by any current residential enclave in southwestern Spain. One can even use the cliché “perhaps you have passed over these ruins without noticing”. A tremendous mess that already made Plato relate the kingdom to Atlantis. A leading civilisation that legend places under the waters of Cádiz and represents another myth of the Andalusian lands. We will have to wait to find out its history. The protagonists are certainly in no hurry.

Andalusia, history, Huelva
It may interest you...