Today we will prepare a very special recipe: the recipe for the Pan de Cruz. This bread is traditional of the cuisine of Ciudad Real. It has the sign of Protected Geographical Indication by the European Commission. As a characteristic feature, before being baked, two cuts in the shape of a cross are made on one side of the bread. On the other side the Calatrava Cross is made. Pan de Cruz is mentioned in Don Quixote, as it has been produced since the 13th century.

1. Knead all the ingredients together until you get a uniform dough. As we want to get a bread with a tight crumb, you should not knead for too long.

2. After this, stretch the dough with a rolling pin. You must fold the dough stretching up to four times.

3. Make a ball with the dough and flatten it a little with your hands. Leave the dough to rest for an hour so that it increases in volume, covering it with a cloth. The temperature should be warm.

4. When the time has passed, make the cross on one of the sides of the bread with a knife. Paint the squares located between the crosses with water. On the other side prick the dough several times with a toothpick. It will be necessary to let it rest for another hour.

Although Pan de Cruz is made throughout Ciudad Real, the recipe comes from Campo de Calatrava, specifically from areas such as Carrión de Calatrava, Manzanares and Almagro. As this is a land that has stood out for centuries for its extensive cereal crops, different varieties of bread are made there.

Pan de Cruz is historically linked to the traditional food of this area, as it was an important basis for the cuisine of shepherds and farmers. Due to its long preservation, it could be used for days in stews or as an accompaniment to La Mancha cheeses and wines.

bread, Ciudad Real, Spanish traditional cuisine
It may interest you... 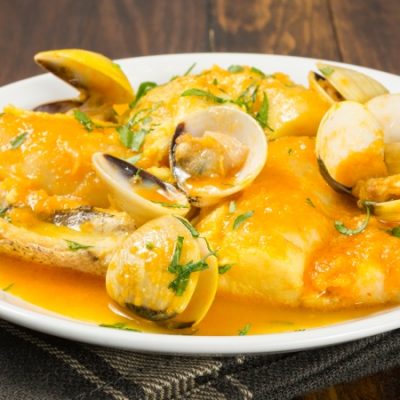 Hake with clams in sauce is a very traditional recipe… 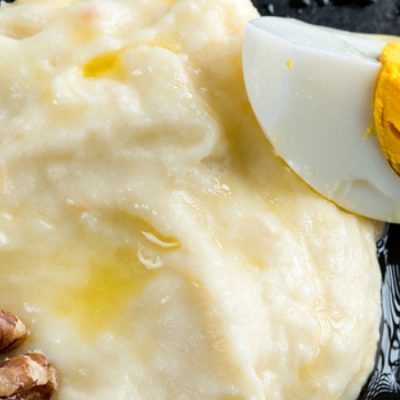 Atascaburras, also known as ajoarriero or ajo mortero, is a…

Paella Mixta (Seafood and Meat) Recipe, one of the most popular in the Mediterranean
Paella mixta is the best known variant of the traditional paella or Valencian paella. This Más información

Sobaos Pasiegos Recipe, the perfect breakfast from Cantabria
Cantabria stands out for its rich cuisine in which its two landscapes, the sea and Más información

Atascaburras, the delicious combination of potatoes, cod and garlic from Castile La Mancha
Atascaburras, also known as ajoarriero or ajo mortero, is a very traditional and humble dish, Más información