Huevos al plato is a traditional Spanish recipe that is very easy to prepare. In particular, these with sobrassada are very popular in the Balearic Islands. The name of huevos al plato comes from the fact that the eggs are cooked in the same dish in which they are served later. In addition, it is a recipe very similar to the one for huevos a la flamenca with chorizo and potatoes, which is traditional in Andalusian cuisine.

Huevos al plato with sobrassada are also known as huevos a la mallorquina, since the recipe is original from Majorca. A typical dish from this area must include one of its local products: sobrassada, a traditional sausage from the Balearic Islands protected with the geographical indication sign. Therefore, the key is to choose a quality sobrassada, as it plays a fundamental part in these delicious huevos al plato. Below we tell you how to prepare this quick and easy recipe. 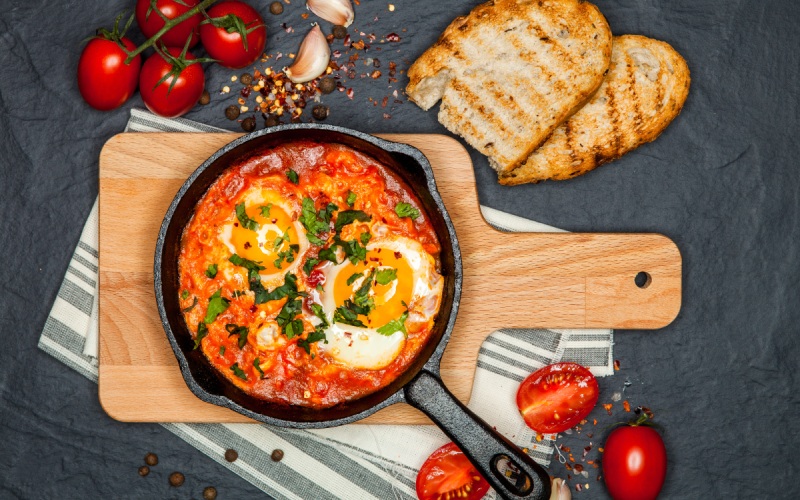 Ingredients for the Huevos al Plato with Sobrassada Recipe (per casserole):