Sierra de Ayllón in Guadalajara has some of the most beautiful panoramic views of the province of La Mancha, bordering Madrid and Segovia in an impressive natural setting. It is in these beautiful valleys where some villages stand out for their beauty, the so-called black villages. Some of these towns are Umbralejo, Valverde de los Arroyos or Majaelrayo. 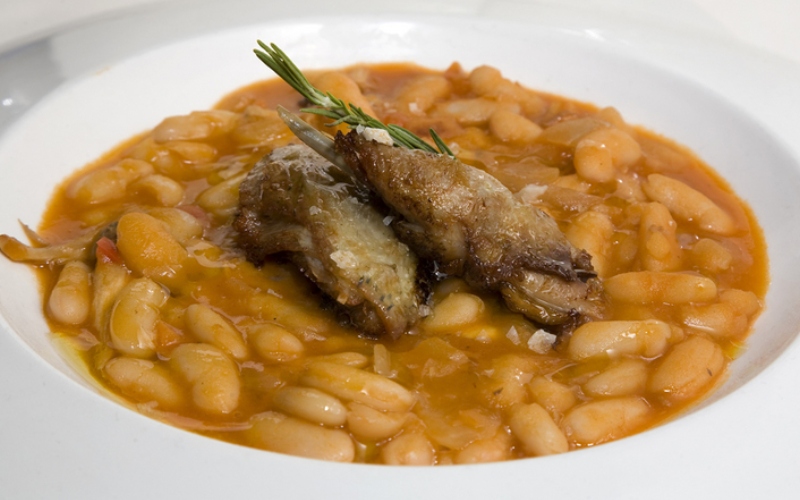 It is in these lands, included within the Sierra Norte Natural Park, that many recipes emerged over the centuries adapted to the harsh conditions of these mountains. Hare with beans is one of those traditional dishes since hunting this animal was indispensable for the survival of the population throughout the year. A simple recipe but full of flavour that will not leave anyone indifferent.

Ingredients for hare with beans

For the bean stew:

Preparation of Hare with Beans