Cuajada is a traditional Basque-Navarrese dairy dessert. In the Basque Country it is also known as mamia. The real cuajada is made with fresh sheep’s milk, as it contains more fat than other milks, a higher dry extract and a consistent result that makes it ideal for this dessert. In addition, there are two other key elements for a quality cuajada: the rennet and the temperature. It is very important to heat the milk to the temperature required by the rennet to obtain the desired result.

In general, the recipe is very simple and is based on the formula that shepherds used to follow. They milked the sheep and heated the milk in the kaiku (birch wood vessel) by pouring in hot stones that gave the cuajada a toasted flavour. When the milk boiled, the stones were removed and let the milk cool, at which point the animal rennet was added and then let it rest until it reached the right consistency. Over the years, the recipe was a success and it began to be prepared in towns and cities, using the typical clay jars that are still used today. 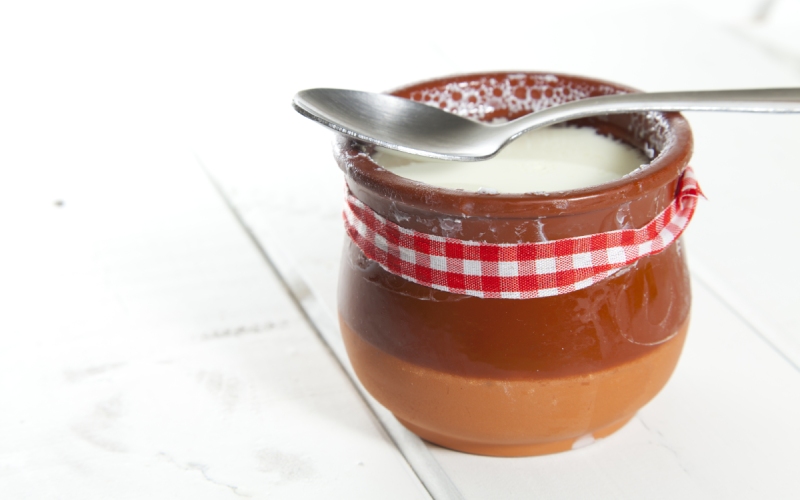 Ingredients for the cuajada:

How to make the cuajada: