These sweet and crunchy buns called rosegons are very typical of the Valencian Community. They are very similar to other varieties such as the carquinyoli from Catalonia or the biscotti di Prato from Tuscany, places in the Mediterranean where almond cultivation is abundant. In short, they are the same, with a few variations, but essentially sharing the same basic ingredients: flour, sugar, egg and, of course, almonds.

Valencian almonds, of renowned quality, are produced mainly in Alicante. The Vinalopó basin, the historic region of Foia de Xixona or the Baix Segura mountains are areas where the quality of almond production is carefully guarded. This marvellous product can be used to make a traditional sweet that is perfect with a good cup of coffee as an afternoon snack. 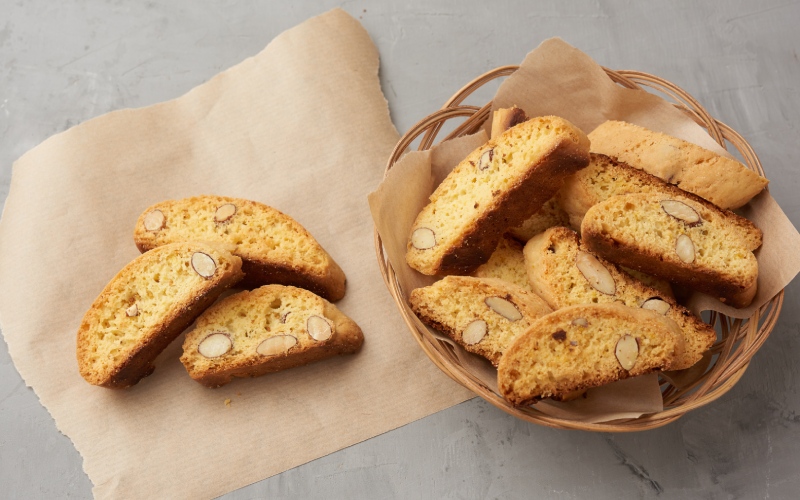 How to prepare the rosegons