This recipe for quesadilla has been cooked on the island of El Hierro for a long time. However, there are few places left where they are cooked in the traditional way. The original recipe for this quesadilla has a touch of cinnamon and is baked in a wood-fired oven, although we make it in a simpler way, in a traditional oven.

This curious and characteristic silhouette is given by a flower or star-shaped mould, which can also be used for its preparation. A delicious dessert, easy to prepare and very representative of Canarian gastronomy and of the island of El Hierro. 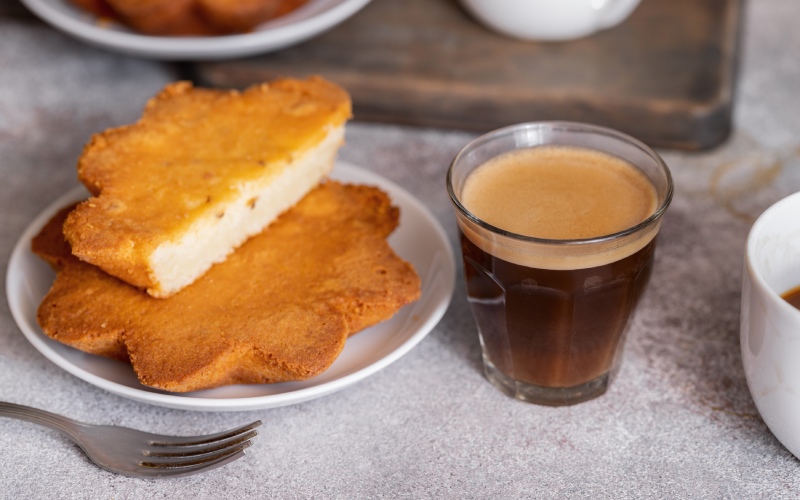 Ingredients for the quesadilla:

How to make the quesadillas: