In Gipuzkoa the Oria river crosses from north to south the province in its eastern part. In its middle course, some of the provinces of a picturesque region extend around it. This is Toloaldea, a region that revolves around its capital, Tolosa, but has a total of 28 municipalities. Tolosaldea represents the rural Euskadi, that one that has the smell of the countryside, the look of a mountain, the feel of its latxas sheep and the sound of the Oria. But what does Tolosa taste like? Idiazábal cheese, of course. To its particular beans, which revive the visitor in the coldest winter. To its unique sweets. The gastronomy of Tolosa tastes and smells of traditional products.

The black pearl of Tolosa 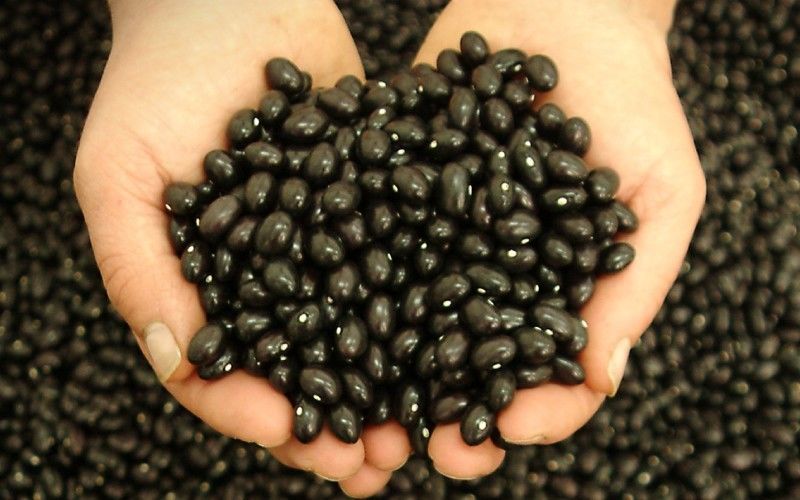 The first of the foods to mention in this article is definitely the famous Tolosa bean. Of a dark mauve colour, almost black, and with a white spot in its center, the reputation of this bean has gone beyond the borders of the Basque Country. Between the months of May and October, the people of Tolosa cultivate these black pearls, which have been served on the tables of Gipuzkoa for centuries. Nowadays, Tolosa beans are usually served with blood sausage and Ibarra chili peppers, another typical product of the area. The Tolosa market is the main responsible for the nationalization of this bean. Since the middle of the 13th century, the leftover beans were traded here and their name was eventually changed to Tolosa beans. 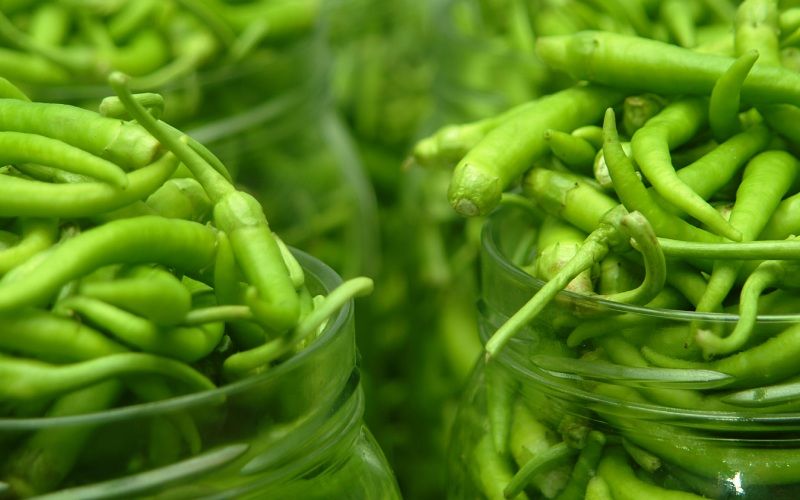 One of the typical accompaniments to Tolosa beans is, as mentioned above, the Ibarra chillies. This product is also typical of the area, specifically of Ibarra, one of the municipalities of Tolosaldea. These chilli peppers are also known as Ibarra prawns or Ibarra piparras. What makes them unique? Well, its mild flavor and its shape, elongated and sharp-pointed. Ibarra prawns are collected in the summer months, between July and September. At that time, Ibarra chillies are sold fresh and eaten fried. As if they were wild asparagus. The rest of the year they are served pickled and usually with oil and salt. But, undoubtedly, the most common way of eating this Basque product is known as gilda, a pintxo that combines the Ibarra chillies with olives and anchovies. It is the ultimate Basque pintxo.

The cider, the partner that nevers disappoints 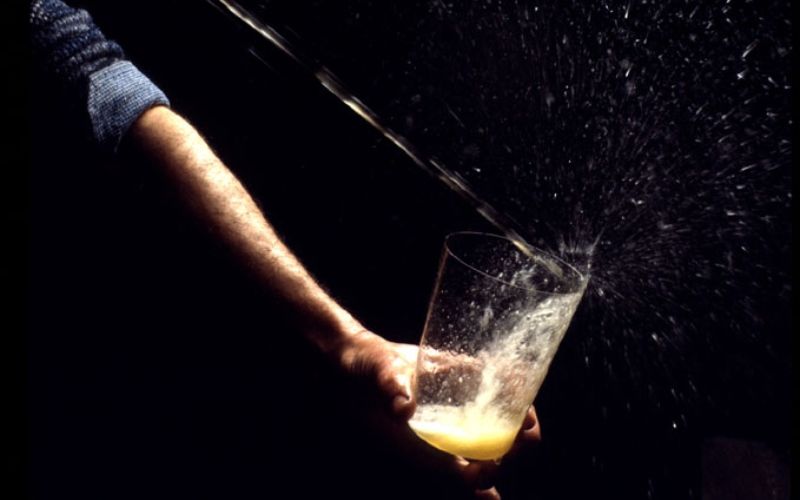 In the north of Spain, as you know, meals are not the same if they are served with a good cider. The Basque Country, Gipuzkoa in particular, also has a long tradition in this sense. Therefore, cider houses are also the order of the day in Tolosaldea. To obtain the designation of origin stamp this drink, Euskal Sagardoa, must be made from 100% local apples, in addition to obtaining the certificate of quality. In Tolosaldea are common cider houses where it is possible to practice the txotx, which means to taste the drink from different kupelas to keep the one you like the most. Likewise, the typical cider house menu is: cod omelette, fried cod or cod in sauce and txuleta. For dessert, a bit of cheese with quince jelly and walnuts is never a bad idea. 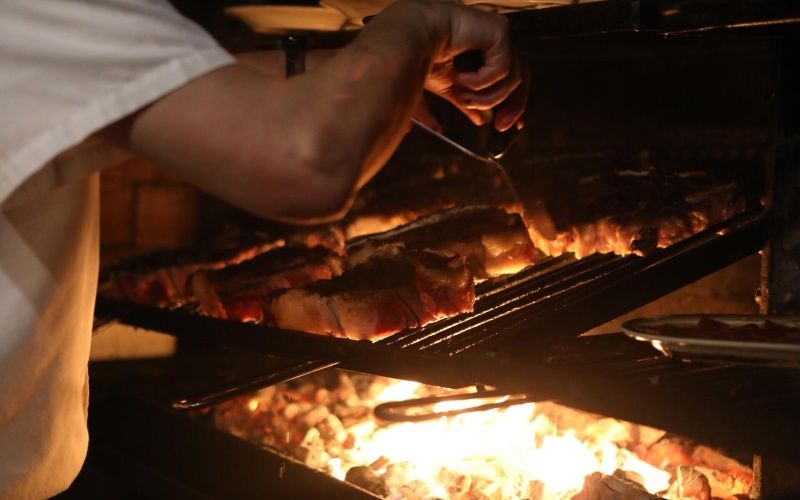 For the more carnivorous Tolosa also has a perfect option: the txuletas of Tolosa. It seems that in the 1960s, the grillers of this city decided to replace beef with ox. The dish was so successful that it became the star of meat dishes and spread to other places. Going to a Tolosa steakhouse can become an experience, where consumers can watch how the cooks grill their food and will surely taste a meat that will not leave them indifferent. 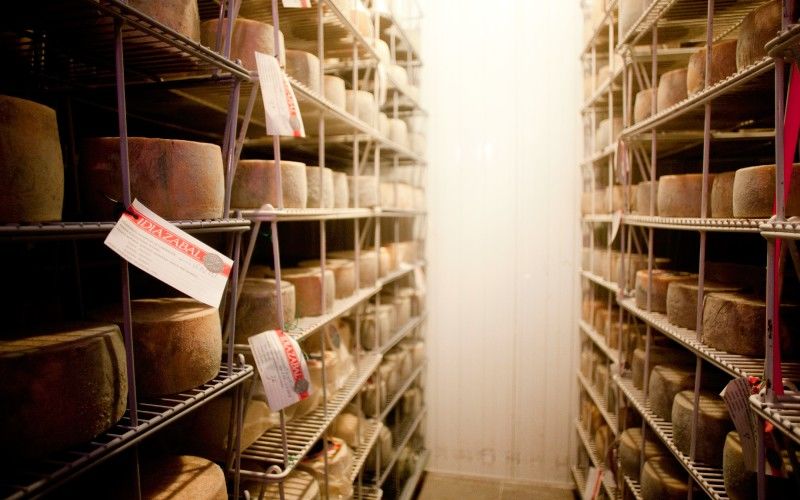 In the rural environment of Tolosaldea flocks of sheep graze freely in its green meadows. In fact, they are not the typical sheep that can be seen in other regions of Spain. Their hair is longer than usual and their horns twist in a swirl. This sheep breed is known as Latxa sheep and is typical of the provinces of Navarre and the Basque Country. From the milk of these animals, a product native to both places is obtained: Idiazábal cheese. Of penetrating smell, tender, soft, creamy and a little spicy, the Idiazábal cheese is also one of the recurrent foods that can be found in the gastronomy of Tolosa, and in its market as well. 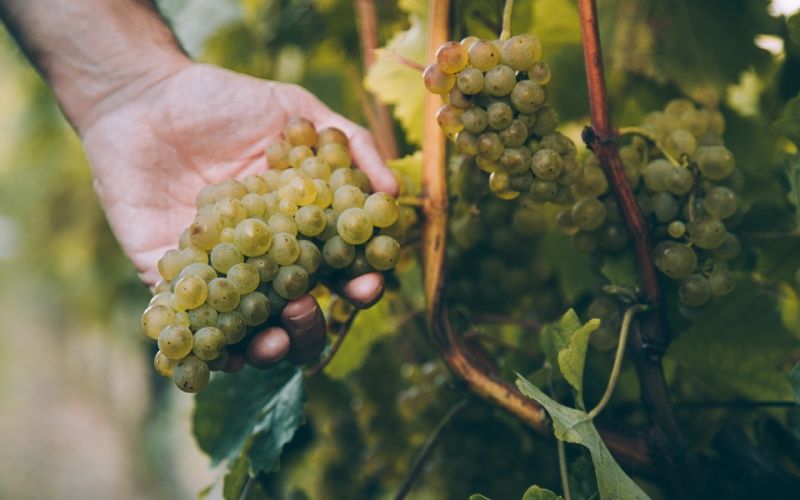 If visitors do not enjoy cider that much, they also have the option of tasting another drink typical of the Basque Country as well and, more specifically, of Gipuzkoa. This is txakoli wine, which is also called txakolin or chacolí in Spanish. This wine is usually white and is obtained from white grapes on almost all occasions, grapes that are known as hondarribi zuri. It is estimated that this wine has been traded since the 16th century, at least in Gipuzkoa. The production of txakoli has evolved over the years to become a world-famous product whose designation of origin makes it unique. In Gipuzkoa, it is known as Getariako txakolina. In Tolosaldea there are two wineries that can be visited to learn more about the production of this wine.

And to conclude… some tejas and cigarettes 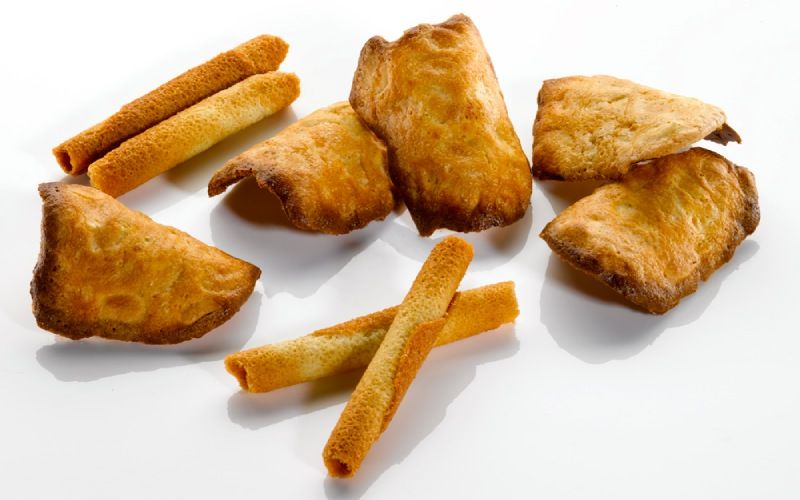 The tejas and cigarettes are the sweet par excellence of Tolosa. They are often served as a dessert or used to accompany coffee. Tejas are made from a dry paste mixed with almonds and covered with egg yolk. The last ingredient is a hint of citrus. To complement them, their creator, Luis Eceiza, added the cigarettes, made with butter. This dessert was created at the request of the founder of the Steakhouse Julián de Tolosa, Julián Rivas, to his friend and son of the founder of the bakery Nicolás Eceiza. Already a trademarked product, the tejas and cigarettes of Tolosa have spread to other parts of the peninsula.