San Juan de los Reyes is a Franciscan monastery, located in the city of Toledo. It is one of the best examples of Isabelline style and architecture from the time of the Catholic Monarchs.

The monastery of San Juan de los Reyes was ordered to be built by Queen Isabella the Catholic. Its dedication to Saint John is a tribute to Don Juan, the Queen’s father. It was built to commemorate the victory of Toro (1476). Furthermore, it was meant to serve as a royal mausoleum.

The architect in charge of the works was Juan Guas, who also built the Infantado Palace in Guadalajara. This building combines elements of the Hispanic tradition, along with others that were incorporated by foreign architects.

During the invasion of the French troops in the nineteenth century, the monastery burned down. The altarpiece, the library, and a second cloister with its rooms were destroyed. Later, with the disentailments, the building was expropriated. In 1954 it was returned to the Franciscans, and the monastic life of the complex was restored.

The Exterior of the Monastery of San Juan de los Reyes

It has two entrances on the outside: one to the church and the other to the cloister. The main facade is located on the side of the church. It is quite simple, and was designed by Covarrubias, already in the Renaissance period. Here we find elements typical of the Gothic period of the Catholic Monarchs, with statues, blind arches, Isabelline balls and pinnacles.

In the blind arches, it is worth mentioning the chains of the Christians who were freed after the seizure of Málaga and Baeza. In addition, we find several sculptures of Franciscan saints. They keep the image of Saint John the Evangelist, which is inscribed in an ogee arch of the door. On its sides, at a lower height, two Roman soldiers watch over the entrance.

The Interior of the Monastery of San Juan de los Reyes

Inside, we see purely Gothic decoration. Among the different motifs, we can find, several times repeated, the coats of arms of the Catholic Monarchs. The church has a Latin cross plan, with a slightly marked transept.

It consists of a single nave covered with ribbed vaults. Eight chapels open to the sides. Some of the most outstanding are the Cristo de la Buena Muerte chapel, and the Inmaculada chapel.

The main chapel is presided over by an altarpiece by Francisco de Coomontes. This altarpiece was originally located in the Santa Cruz Hospital. However, when the original San Juan de los Reyes was lost, it was moved to the monastic church. Among the scenes, the history of Saint Helena and the cross stands out, as well as scenes from the Passion.

The church’s choir is located under a segmental arch. It has a ribbed vault and a beautiful balustrade, with choir stalls.

A beautiful Hispano-Flemish doorway gives access to the cloister through the transept. The lower cloister is conceived as a prolongation of the church. All its elements are in harmony with those of the church. On all four sides it has pointed arches with fish bladder tracery. The upper arcade has mixtilinear arches and are covered by beautiful coffered ceilings.

Here you will get information about your tickets, as well as the updated schedule of the monastery of San Juan de los Reyes.

Castile La Mancha, monasteries, Temples, Toledo
It may interest you... 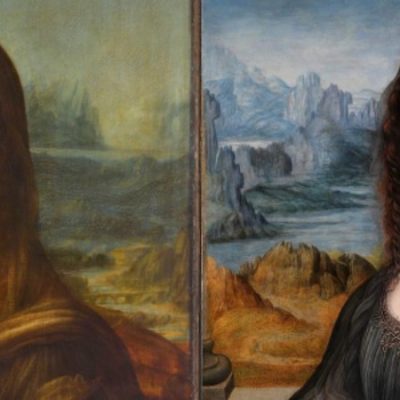