Santa María del Naranco is an Asturian pre-Romanesque church, located on Mount Naranco in Oviedo, Asturias. Since 1985 it has been a UNESCO World Heritage Site.

Santa María del Naranco was built by Ramiro I as the Aula Regia of the palace complex he built in the Naranco. The complex would have been built between 842 and 850. It also had a palace church, San Miguel de Lillo, of which only part remains today. 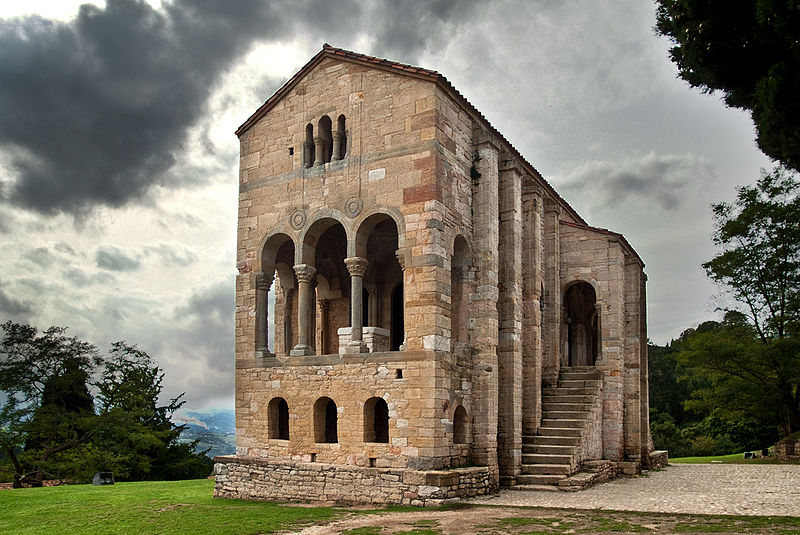 When part of San Miguel de Lillo collapsed around the 12th century, Santa María del Naranco became a church. The first testimony preserved where it appears as a temple is the Historia legionensis.

This building is one of the most important pre-Romanesque buildings in Europe. Besides using resources inherited from Roman antiquity, it introduces new ones that will be systematic in later art.

WHAT TO SEE IN SANTA MARÍA DEL NARANCO

Santa María del Naranco has a rectangular floor plan. It is divided into two floors, a lower one with no openings and an upper one that is illuminated on all four sides. On its sides there were two double staircases, of which only the northern one has survived. 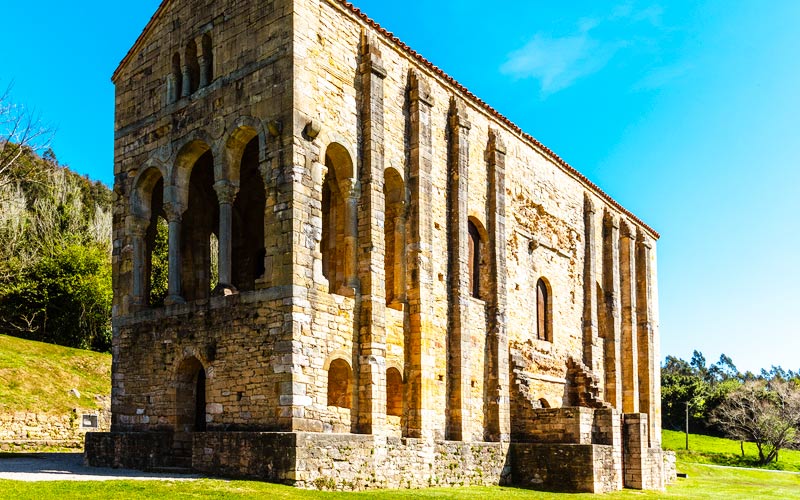 It is built from irregularly sized ashlar. On the long sides, buttresses are raised at the level of the inner fajon arches. The short sides have three floors in the façade. The central one has three semi-circular arches that are pitched, with the central one being slightly larger. This whole generates a sensation of great verticality.

The lower floor is very similar to the crypt of Santa Leocadia in the Holy Chamber. Access is through the long sides. It is low in height, and is supported by semicircular fajon arches. It has two side chambers, one of which is probably a bath. 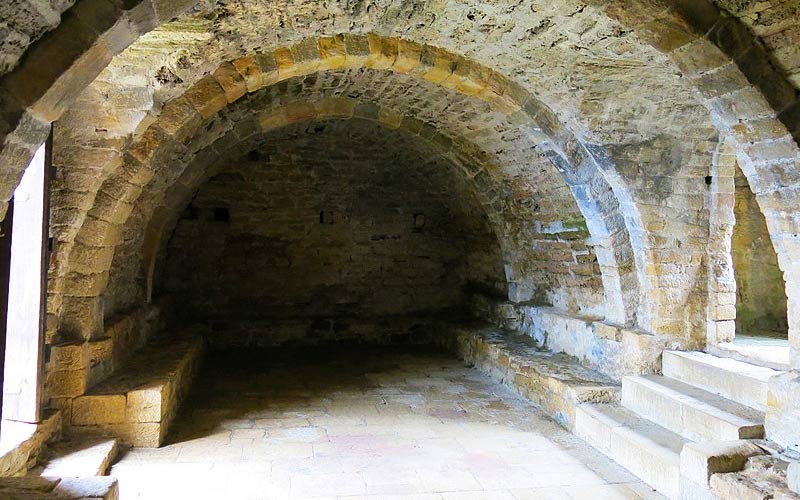 On the upper floor there is an arrangement similar to that of the ground floor. There is a large rectangular central hall, and two rooms on either side. The rooms on the sides are viewpoints. 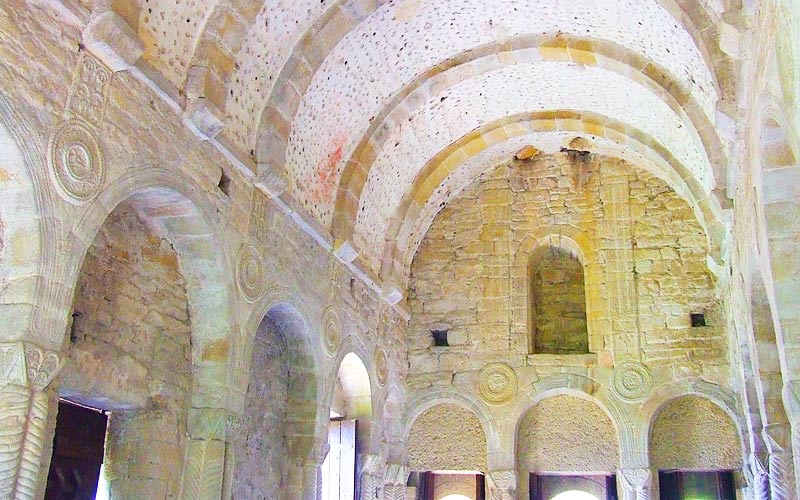 Central hall on the upper floor

The central room is again covered with a barrel vault. Its long walls have blind arches supported by paired columns. The columns have twisted shafts.

There are also medallions with geometric motifs and animal decoration. All of the sculptural decoration has a crude late-night character.

INFORMATION FOR YOUR VISIT TO SANTA MARÍA DEL NARANCO 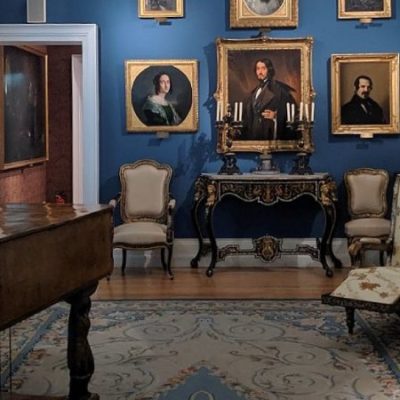 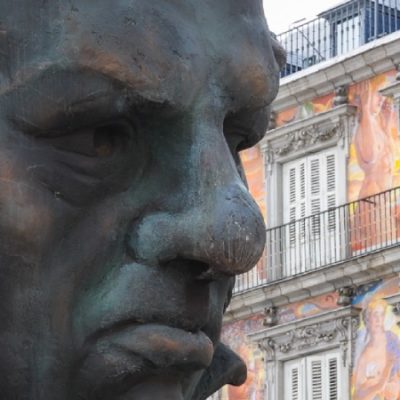 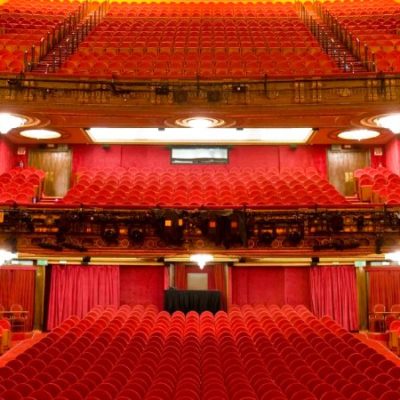 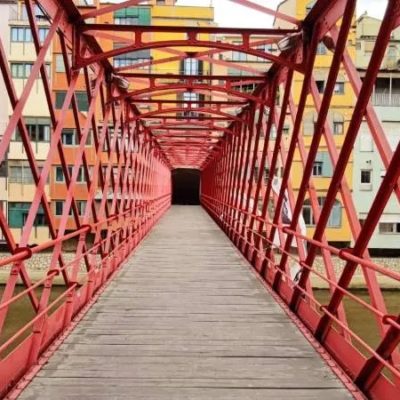